You might be a Believer in Chris Difford but were you a believer in Sellaband? This was the way Chris had decided to fund his new album – with fans subscribing to the CD (and a great package of other benefits) in advance in order to pay for the production of the album through the Sellaband Web site. Unfortunately it’s just gone bankrupt and posted the following message on the site:

On Friday February 19th, SellaBand AG requested provisional suspension of payments (moratorium). This was granted by the Court in Amsterdam on the same day. Yesterday, Monday February 22nd, this moratorium was changed into bankruptcy, with appointment of, Mr Paul Schaink, an amsterdam lawyer, as trustee. The trustee wishes to inform the ‘Sellaband community’ that, apart from a few technicalities, the completion of a transaction with a potential buyer of the business, is to be expected soon, in order to make a fresh start, safeguarding both the rights of Believers and Artists. More news will follow shortly.
On behalf of the trustee,
Johan Vosmeijer
CEO SellaBand

Chris had planned to launch his Saturday Morning Music Club with the resulting money. Let’s hope he can still go ahead.

So who thinks they’ll get their money back? (especially the big believers who contributed thousands of dollars) I’d love to hear your views. 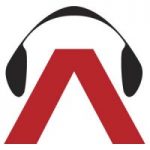 6 Responses to "Sellaband to be sold"