There was a very good article featuring Chris Difford in The Independent on June 11th. He talks about his life in Squeeze, and explains the title of the first release from his new album.

This is the third in his trilogy of autobiographical albums, and opens with the typically frank “1975”, referring to that heady year after Squeeze was born.

Difford explains: “The 1975 period of my life was probably the most exciting year of youth because you don’t know what’s coming, how long life’s going to be, and I jumped in with both feet.”

If you haven’t joined Chris’ Saturday Morning Music Club yet, check out David’s post about 1975. It contains a clever video of the new song which includes all the lyrics, and there are lots of comments on the music club from people who have joined.

Chris also mentions that he and Glenn still intend to try writing together again soon! 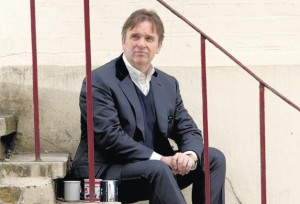 One Response to "Chris in The Independent"