Looking forward to your reviews, ticket stubs, photos and videos

Since 2007, a newly reformed Squeeze have been slowly finding time to play a series of gigs and festival dates, preferring to reaffirm their abilities as a band rather than follow some of their peers who have come out in a blaze of publicity, only to be met with disappointment. The new Squeeze line-up, their most able yet, is completed by Squeeze veteran John Bentley and Tilbrook’s Fluffers cohorts Simon Hanson and Stephen Large, and has become an instant favourite on the festival circuit since reforming with appearances at V, Oxygen, T in the Park and Latitude 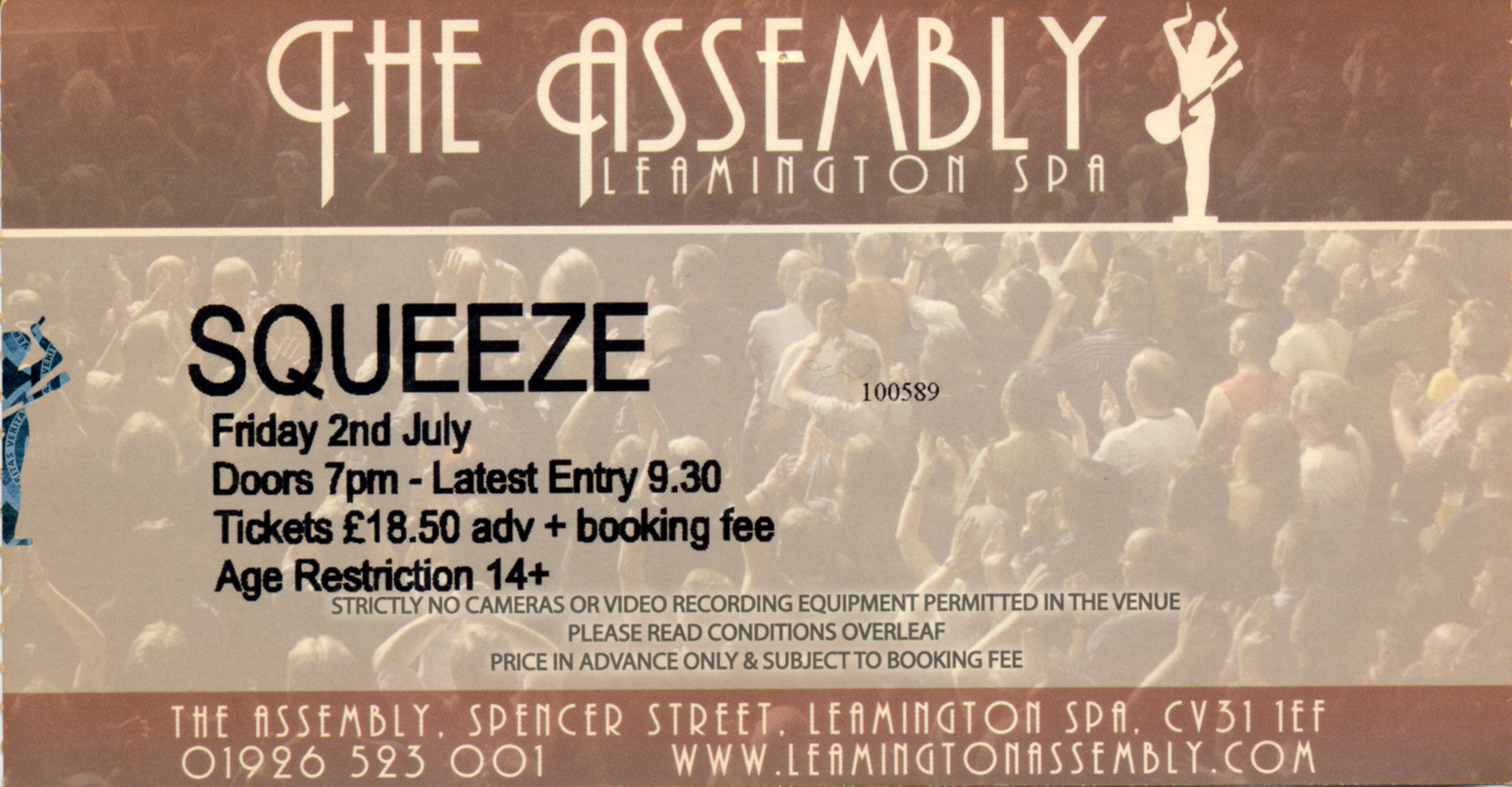 Thanks to Sarah Jamieson for the ticket.