Special thanks to ThisDayinMusic.com. 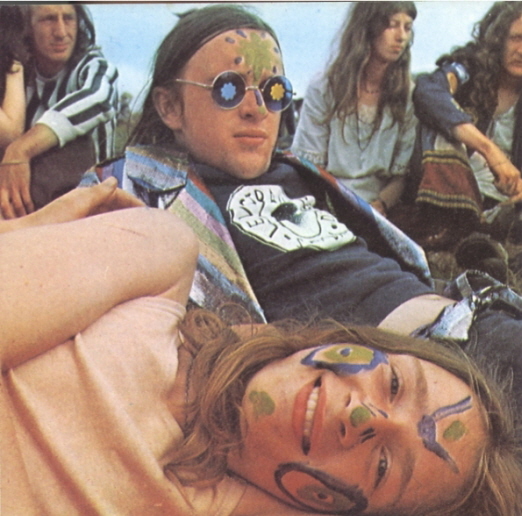 The smoky pubs in South London were a fertile breeding ground for new, young bands in the mid-’70s. And if The Kinks put North London on the map in the ’60s, then those south of the river got their turn with Squeeze, 10 years later.

Nobody had caught the flavor of working class South London like Chris Difford and Glenn Tilbrook, writers who quickly would be hailed as the new Lennon and McCartney when the hits started making radio a much better place. Squeeze, in turn, developed into one of the U.K.’s most respected and cherished bands of the past 30 years. But if Tilbrook hadn’t stopped to read a few ads in the window of his local tobacconist on this day in 1973, Squeeze may never have existed.

Tilbrook recalled that historic day to U.K. newspaper The Independent: “I wasn’t going to answer the ad, but my girlfriend prodded me into it. So I called the number and this rather gruff person answered and said: ‘Meet me at the Three Tuns in Blackheath village at six o’clock. I’ll be carrying a copy of the Evening Standard under my arm.’ I went along and there was this guy with long hair, a multi-colored lurex coat and a copy of the Evening Standard under his arm. Why he didn’t just tell me about the coat, I don’t know. It would probably have been a bit easier to spot.”

The two prototype musicians were cut from very different cloth. Tilbrook was an easy-going hippie type with a natural flair for guitar while Difford was more blue collar in style and prepared to embellish his tobacconist ad with promises of (non-existent) imminent tours and recording contracts.

As Difford recalls: “I met him in the pub, and there he was with his long hair and his 27-in flares with his girlfriend, Maxine, who had no shoes and socks on. And there I was in a donkey jacket and hob-nailed boots. We went over to their house and there was a Tonto’s Exploding Head Band album lying out, which was very impressive. And he could play loads of Jimi Hendrix riffs note for note, which I got very excited about. We had jasmine tea and some wholemeal cake. I’d never met anybody so warm as this couple – they were really sweet.

The embarrassing thing was there was no record deal and no tour and no band, and here I was lying to this poor bloke: ‘Listen to this song – it’s going to be really great when the group’s together … three years from now.’ Strangely, I don’t think the subject ever cropped up. I’ve always had a bit of trouble with my imagination. When I was little and we went on holiday, my parents had to reserve a seat on the train for my imaginary friend.”

The two latter-day Lennon and McCartneys, listened to music, wrote songs and sang together. With Difford singing an octave lower than Tilbrook, they found their vocal sound and didn’t have to worry about harmonies. Next came future TV star Jools Holland on keyboards, bass player Harry Kakouli and Paul Gunn (later to be replaced by Gilson Lavis) on drums. Industry heavyweights picked up on the band pretty quickly.

Velvet Underground alum John Cale produced an EP for them and they were soon managed by Miles Copeland, who also looked after another young band, The Police. Copeland told Mojo magazine about the first time he saw them play in a “sleazy dump in Deptford. I thought, ‘My God, this is like discovering The Beatles.’ Jools Holland had long hair and black teeth, they were all pretty scruffy. I said, ‘I wanna sign you guys up.’”

Once they found the Squeeze sound on their second album Cool for Cats, which boasted “Up the Junction” as well as the brilliant title track, the band’s mix of great melodies and clever, witty lyrics would waft jauntily into millions of homes across the country and later America and the rest of the world.

Thanks to Val for the link.

One Response to "This Day in Music Spotlight: A Tobacconist Ad and the Beginning of Squeeze"