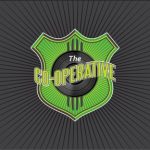 Great news, the first collaboration between Glenn Tilbrook and his friends Nine Below Zero is now available at the Quixotic shop. The project is called The Co-Operative and is an album of 11 tracks of new collaborative songs and covers. The album is released in the shops in October and will be available at all shows on Glenn’s acoustic tour in the UK, so for now the Quixotic Shop is the only place to find it. Here is a link to the shop:

Glenn’s UK acoustic tour at the end of the year has turned out to be a mammouth 36 dates! The tour support is going to be provided by our lovely friend Steve Poltz from San Diego. I am sure many of Glenn’s US fans will remember Steve as he has supported Glenn over the pond before. He is amazing and I am sure you will all absolutely love him.

The tour is going to be very different from anything Glenn has done before. The show is acoustic but there will be plenty of surprises. We are going to be recording every night and making the show available at the end of the night at the merchandise stall. So many people have asked for so long about making his acoustic shows available, well we have finally got round to it, and you can be part of the release you take home!

He will be performing some new songs on the tour that have yet to be put on to CD. So not only the new Co-Operative material but also new Glenn Tilbrook solo material to look forward to.

Squeeze are in South Shields on Friday this week at the Great North Run show and then Vicar Street on Sunday 18th. These are the last Squeeze shows this year.

There are lots of exciting plans in progress for next year for Glenn and Squeeze, we will get back to you soon with some more information.

Hope you are able to get to some of Glenn’s shows if you are in the UK.

Thanks for all the continued support.

One Response to "Artist Info 72"