Glenn Tilbrook has slowly but surely been releasing a comprehensive set of his demos from throughout the Squeeze and Difford & Tilbrook years. We’ve had:

It’s nearly time for the fifth and final CD release. It will cover the years 1981 to 1984 with 21 demos from Sweets From A Stranger and the Difford and Tilbrook albums. We’ve had ‘The Past Has Been Bottled’, ‘In The Sky Above’, ‘Dreams Are Made of This’ and ‘When Daylight Appears’. The question is: What do you think the fifth CD will be called? Leave a suggestion! 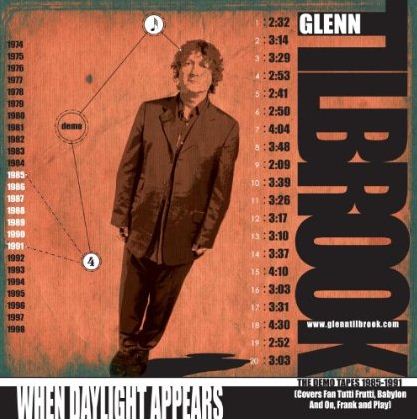