Chris and Glenn discuss their new songs, recording the new album and UK and US festivals

As British New Wave legends Squeeze prepare to release a new album next year, lead singer Glenn Tilbrook is reveling in the recording process. “We’re going to do a batch of recording when we get back and another batch in October,” he explained. “I have a studio – it’s one of the benefits of having been around for a while that you think, ‘It’d be a good idea to get my own place,’ and I have. I’ve had a studio now for nearly 20 years, and it’s just great to have the space to work with a band, get takes done live and utilize technology, but also still get to play together and not just overdub.”

The “Cool for Cats” and “Black Coffee in Bed” rockers are no stranger to clever recordings; their 2010 album, Spot the Difference, was a set of their best-known hits re-recorded faithfully, aside from one key difference per track. “We just wanted to have an alternative to Universal, who own our back catalog. Offering those to movies for ads so we can, in a sense, compete with our own back catalog, but we get paid,” noted Tilbrook. “That would be a good difference.”

“That would be spot the difference,” cracked singer-guitarist Chris Difford. 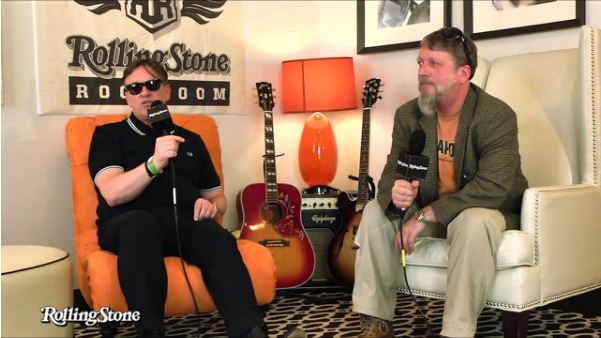 Thanks to Dan Dewey for the tip-off about the interview :)

12 Responses to "Difford and Tilbrook discuss the new album"