*** NOW CANCELLED ***
Glenn Tilbrook will be playing with Nine Below Zero as The Co-Operative at the Itchycoo Park Festival in Surrey on 3 June 2012: 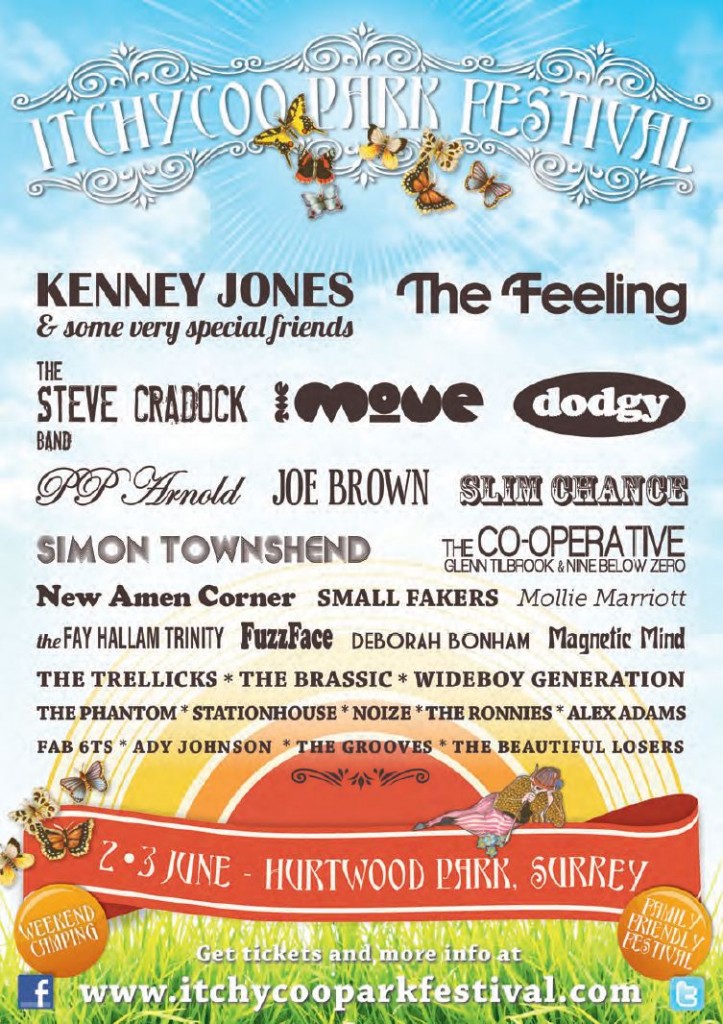 On 2nd & 3rd June, Hurtwood Park Polo Club in Surrey will be transformed into Itchycoo Park, the mythical home of four East End lads who together, were one of the biggest and most influential British groups of the 1960s – Steve Marriott (lead vocals, guitar), Ronnie Lane (bass), Ian McLagan (Hammond organ), and Kenney Jones (drums), otherwise known as…The Small Faces.
A host of bands and performers, including some of the biggest stars from the 1960s right up to the present day, will join original member Kenney to pay musical homage to the band, including a special performance of the Small Faces 1968 number one LP, Ogdens’ Nut Gone Flake in its entirety, with a number of special guests and orchestral accompaniment.
It’s all too beautiful…..