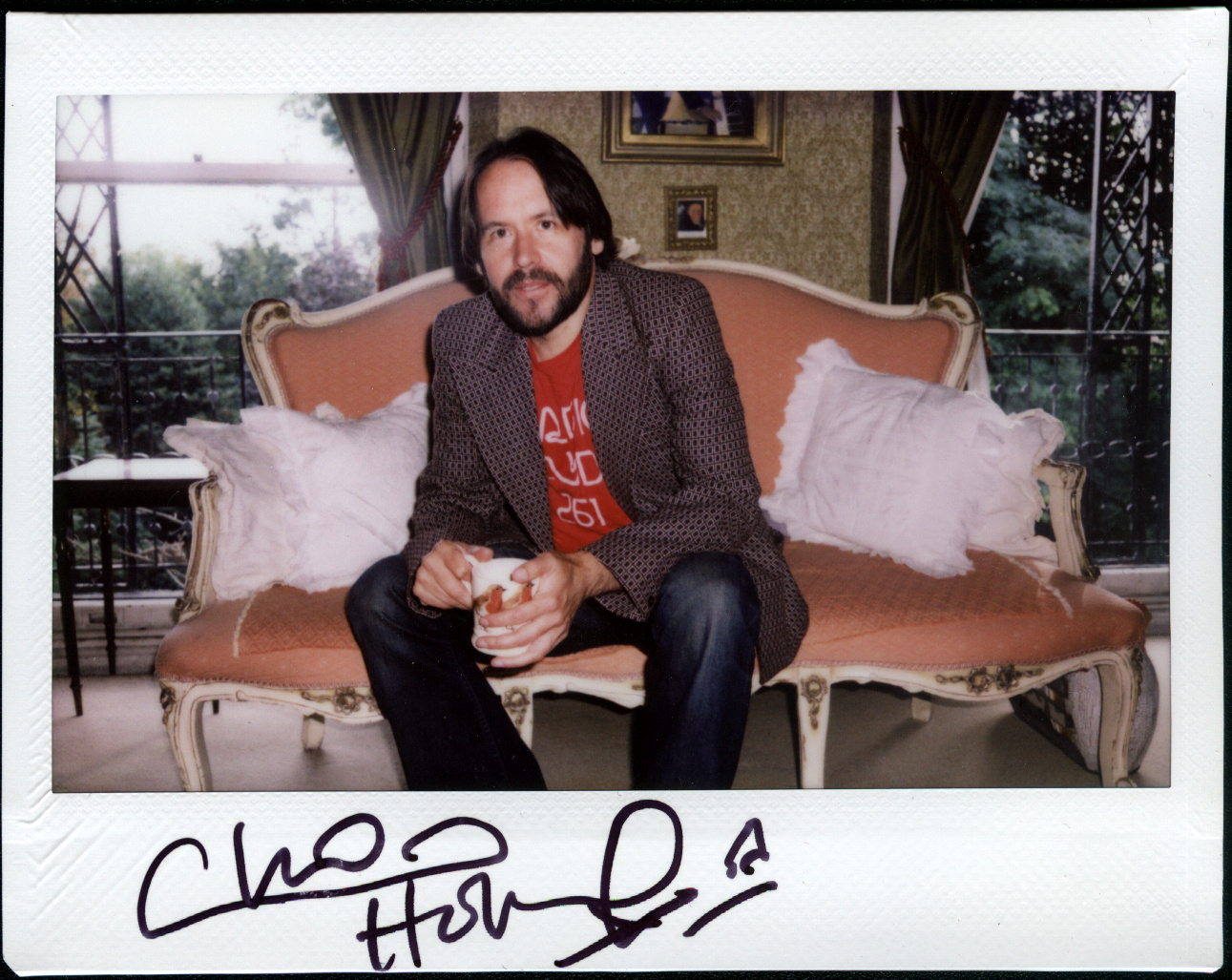 “Cheers Then! Your songs were like friends since I was 10”

Christopher Holland has a stunning new solo album out called Corner Green. Here he talks exclusively to www.packetofthree.com about recording the new album, growing up with Squeeze rehearsing in his front room, writing with Chris Difford, having a near fatal motorbike accident and joining Squeeze on stage as a teenager.
The packetofthree tickler podcast – Christopher Holland
Christopher Holland discusses Corner Green – packetofthree podcast
Chris is a true gentleman and kindly allowed me to take some photographs of him with a range of digital and toy plastic film cameras – here are the results. – Cheers Chris!

“If you like ‘Innervisions’, ‘Something Anything’ or ‘Some Fantastic Place’ get this Album – A late contender for Album of the Year” – Danny Baker

“Whilst we are unlikely to be reviewing any of Madonna’s albums any time soon, we do take a look at some less Bluesy offerings at times. Just as Blues artists like Piano Red and Robert Johnson played Blues songs of joy and celebration, we have here a whole album of upbeat tunes. Corner Green is chock full of happy songs played by an artist who clearly feels on top of the world and who wants to share that feeling. 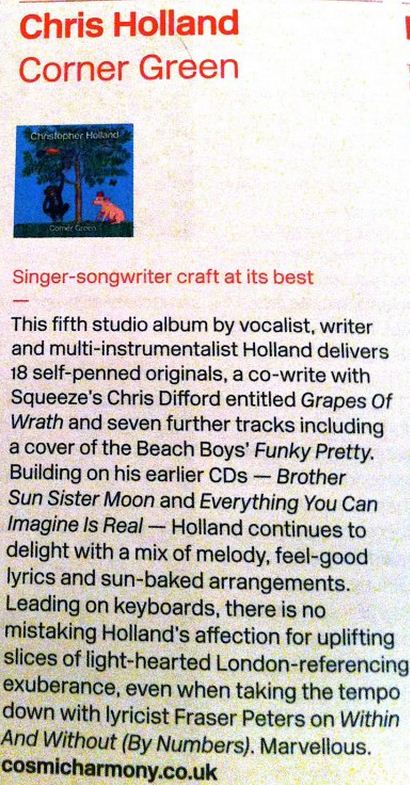 This album is an organists and keyboard players dream with magic words like “Moog” in the instruments list. There are some beautiful melodies, with some cracking accordion on the opener “Everything’s Clear”. In fact, this strikes the note for the entire album, with a cheerful interplay of instruments overlaid with Chris’s mellow vocals. “Run wild and free”, a faster track, has a Gerry Rafferty and indeed Beatles feel to it. It is also easy to pick up some sounds throughout reminiscent of Wings, Chris Rea and even the Bee Gees. “Under her smile” is an uplifting love song, and later “Grapes of Love” is about as Blues as the album gets, and is an outstanding track. A whole array of demo tracks grace the album, offering both value and some highlights, notably “Beautiful Fish”. Mention should also be made of some outstanding female vocals on the album, notably from Katy Shotter on “Spread love”.

No, this is not so very Blues. It is a different outpouring of the soul, and something good to listen to when in a glass half full mood, between the songs of hurt, sex, drugs, betrayal, drink and discrimination that populate much of the Blues. Nevertheless, this is a happy, dreamy album to listen to and may just put you in a good Moog. Sorry, mood.”

“A perfect last minute surprise Christmas present for the Squeeze fan in your life – you!”

Here’s a YouTube preview of the album – available from itunes, Amazon or even your favourite physical record shop – sounds like a perfect last minute surprise Christmas present for the Squeeze fan in your life – you!

Visit Chris’s website at Cosmic Harmony to see all his news, learn about his other projects and see when you can catch him on tour.