Well hello there. David here. It’s a while since I set up packetofthree.com so I really do think celebrations are in order [sound of party blower]. Always one for a party, I thought I’d run a competition with a great prize and make a small announcement at the same time.

In the time that I’ve been running packetofthree.com we’ve seen the growth and virtual death of myspace.com. In the same time, the late much lamented Glenn site babylonandon.com closed its virtual doors for the last time. The Squeeze, Chris and Glenn communities that were thriving on Yahoo, such as the Glenn_List, DiffWorld and squeezefan became tumbleweed and the wonderful treasure that was squeezefan.com closed. Squeezenet.co.uk is gone the same way as squeeze-discography.co.uk. Remember the alt.music.squeeze Usenet group? Neither do I.

When I started the site my aim was to get my Squeeze collection out of the attic for everyone to enjoy.

It’s taken an incredible amount of time, effort and dedication, but packetofthree.com is still here! Still free! Still without adverts! Still dedicated to bringing you the very best in Squeeze, Difford and Tilbrook – as it happens, as well as hosting the Squeeze archive. All for the love of Squeeze.

When I started the site my aim was to get my Squeeze collection out of the attic for everyone to enjoy and to learn website design in the process. Little did I know that much, much later it would have grown to 3,137 posts, 299 pages, 1,336 images and 3,095 comments and that the site would regularly get over 1,000 visitors a day. There are hundreds of videos, dozens of live recordings and great photo galleries as well as the Squeeze Songbook, the Difford Songbook and the Tilbrook Songbook. My original site is still on the web – archived at www.packetofthree.co.uk for everyone to see just how much has changed.

Without packetofthree.com, we would never have seen the early photographs of Squeeze in Greenwich in 1975, never have heard rare recordings of Squeeze gigs and never have heard band members in exclusive Tickler podcasts. We’ve all led much richer more enjoyable Squeeze lives because of this site and I think that’s something to celebrate.

It’s time for a competition now – with a great prize! Win a copy of Chris Difford’s amazing double gatefold vinyl album ‘I Didn’t Get Where I Am’ courtesy of Plane Groovy (limited edition, numbered and featuring five unreleased demos!) by answering the question below and submitting your answer.
[CLUE – the answer can be found on the old www.packetofthree.co.uk site in the ‘New’ section] 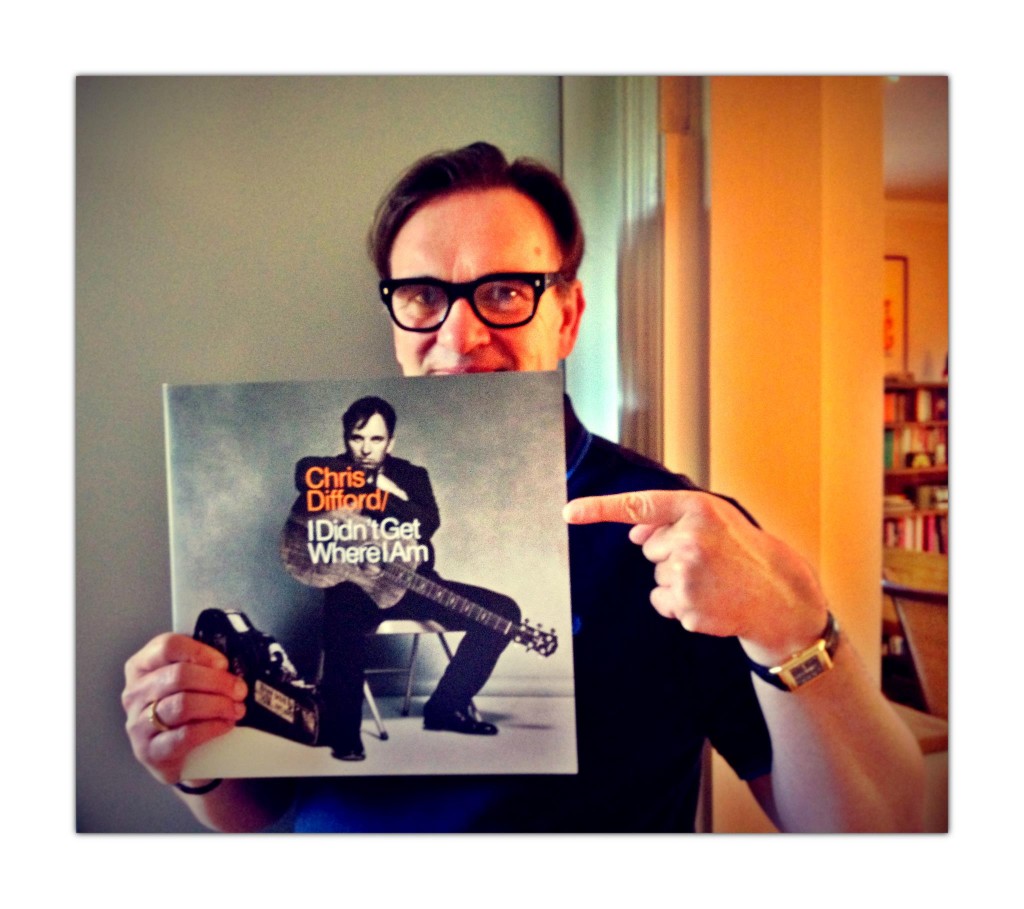 There’s no cash alternative prize, the winner will be chosen at random and the deadline is midnight UK time on Sunday 20 April 2014. Good luck!

8 Responses to "www.packetofthree.com – ahem – I have an announcement"