In the days of vinyl the best way of distributing programmes around the world to radio stations in far-flung places was on vinyl. Large corporations like the BBC would licence their programmes like BBC Rock Hour to commercial radio stations across the world and send the programme on vinyl to be played once in their entirety and broadcast locally. The vinyl always remained the property of the BBC or whoever was the issuer and was always meant to be returned to the issuer at the end of the broadcast. Many weren’t. The albums were pressed in exceptionally small numbers and only ever played the once. They’re really hard to find. They were always issued in plain or corporate-branded sleeves with a ‘track sheet’ which showed the timings of every track and every break so DJ’s could time everything properly. Often the track sheets are missing.

As well as live concerts with an hour of live music on vinyl (with spaces for adverts) there were ‘Rock Over London’ programmes with music and exclusive interviews or exclusive live tracks. Many of the albums were shared between two bands, such as on King Biscuit Flower Hour presentations. Eventually CDs took the place of LPs and now digital downloads have replaced CDs. I haven’t got the CD Transcription discs out of the archive yet – they’ll be coming soon.

Here are some of the Squeeze, Difford and Tilbrook transcription discs I’ve collected over the years. It’s about time I catalogued them all and added them to the discography here. Where there are interviews and exclusive live recordings I’ll be recording them. 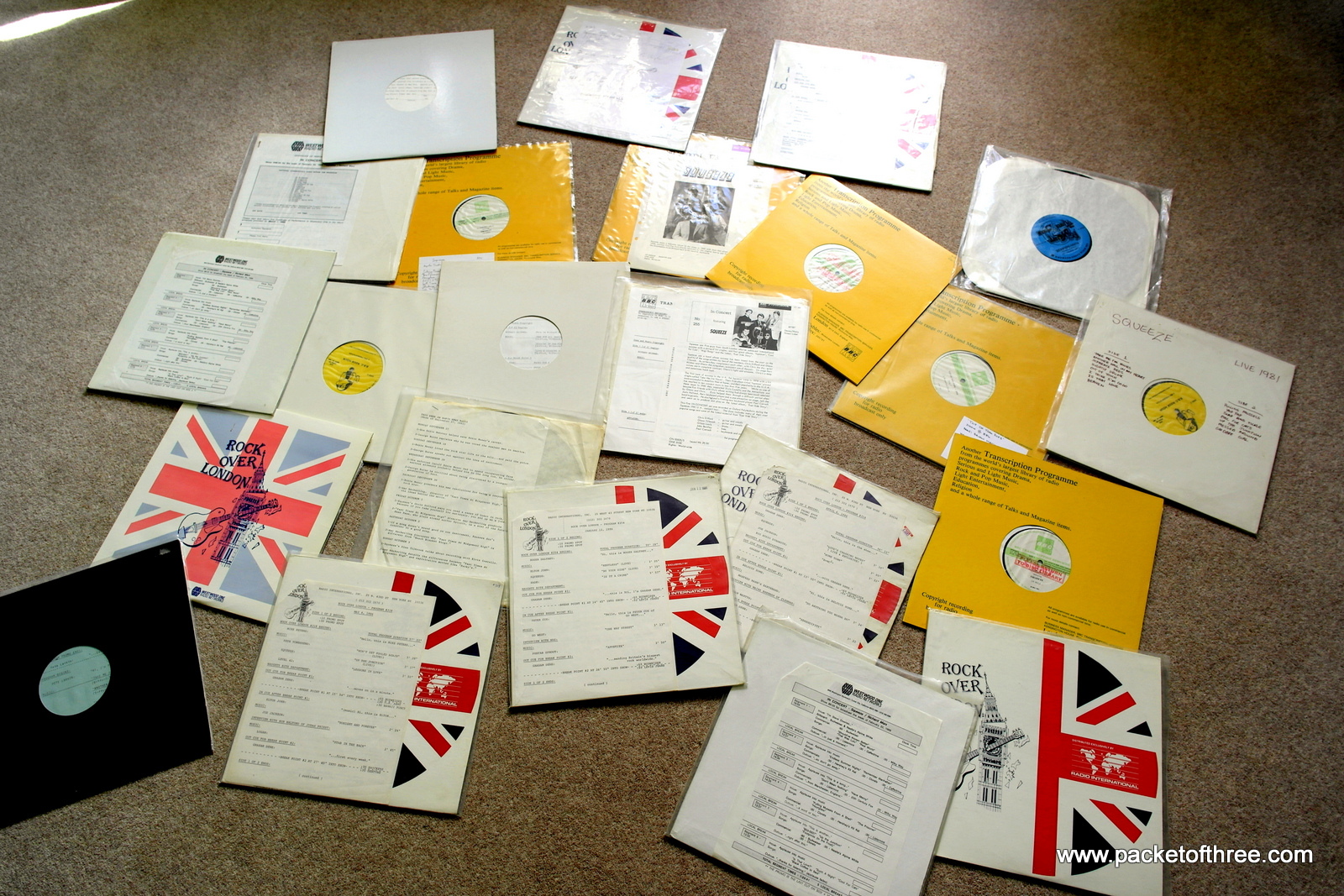 So what else am I missing? Have you got any Squeeze transcription discs? Let us know here at packetofthree using the Contact page. Thanks!

One Response to "Radio Transcription Discs"