There’s been a great discussion recently on the Squeeze Facebook Group, which is an unofficial assortment of great people. It started with Qotita del Sol asking:

“so does anyone here know the “story”, if there is one, behind the little under-the-breath-sounding “i bought a toothbrush” that precedes the proper beginning of the vocal in “tempted”? it sounds almost like a warm-up carrack tossed off that they left in there as a quirk.”

It led to a fierce debate about whether Paul Carrack had come in too early, was warming up, whether it was a recording mistake and whether it was left in deliberately because they liked it and also led to many people realising they had never heard the ‘warm-up’ line despite listening to the song hundreds of times.

Intrigued I had a chat to Paul Carrack about it and he said: “I was just practising. Getting the pitch of the track in my head” I took the chance to tell him it was great that they had kept it in as it made his vocal seem live in one take and what a magnificent vocal performance it was. He said “I was nervous cos I hadn’t sung in a while and I was the new boy just about holding my own on keyboards. Was great to get to sing on tempted. Such a great song.”

I also chatted to Andrew Jones, the producer of Squeeze’s Spot the Difference LP of cover versions of their own songs about his re-recording. Andrew said: “We did indeed recreate the same thing!.. Take a listen. We think he was just warming up pre vocal take. Why they decided to keep it in is probably as simple as they quite liked it!”

Amazing Squeeze collector Steve Bertram (see his great YouTube Channel) posted this fabulous version of Tempted which appears to be unmixed and released in error by Universal:

“This version is unique to the video game and uses the complete song. The cymbal count-in as well as 40 seconds extra fade out at the end. You can also hear Paul practice line a little louder too.
Perhaps one day when Universal give East Side Story the deluxe reissue it deserves, we can hear this without the fake crowd noise?”

Steve Roney said: “I’d love to see the East Side Story they originally intended to release get a pressing. They wanted to make a double album with one side produced by Costello, Dave Edmunds, Nick Lowe and Paul McCartney. If the we’re going to deluxe reissue… Can’t get more deluxe than that. And David, when people ask why I belong to groups like this, stories like yours are always the answer. Thanks for sharing that!”

The East Side Story album was originally called Sintax. Here’s a copy from the band’s collection: 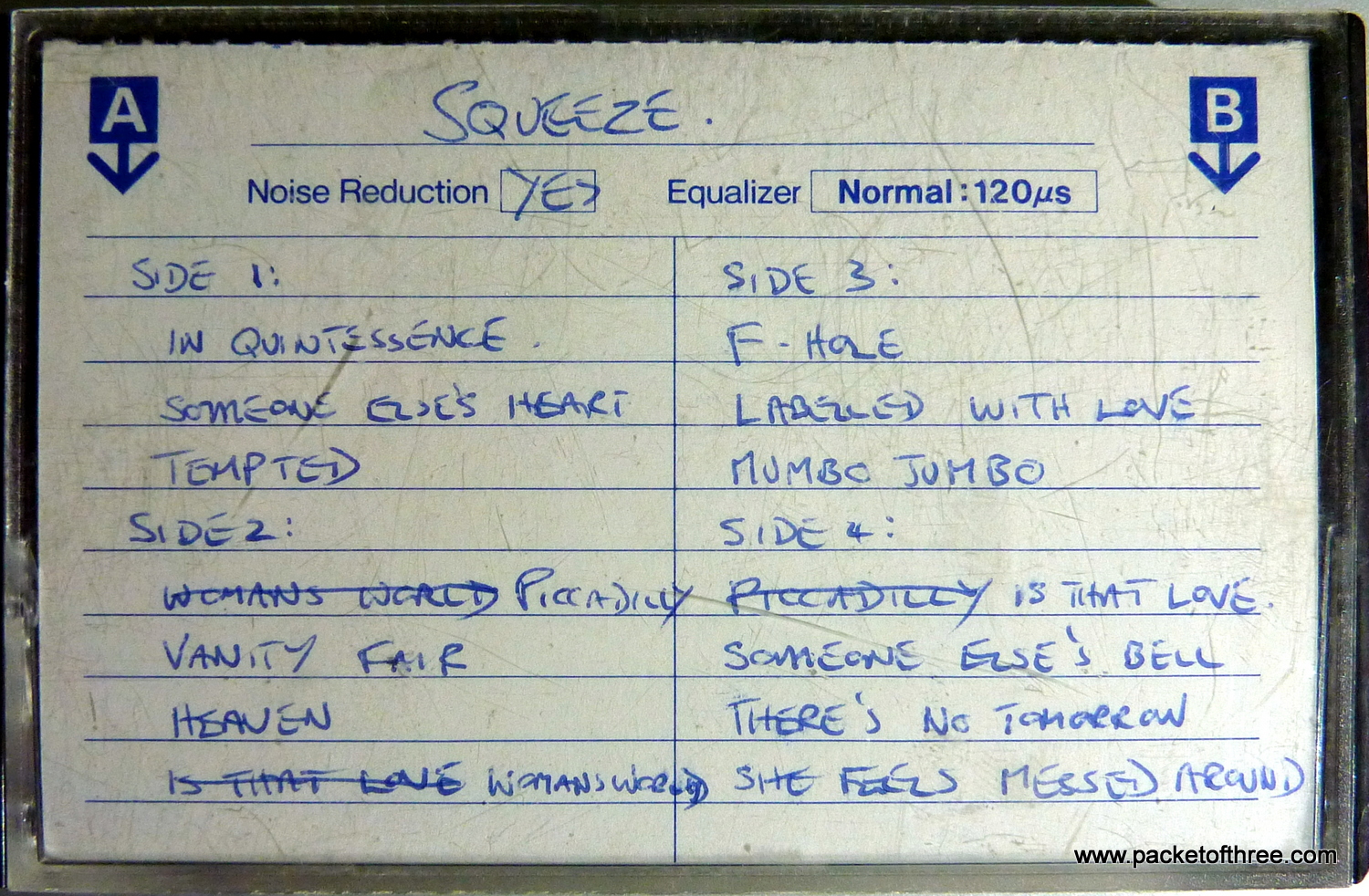