What could be better than Squeeze releasing the demos of their classic songs you ask? Well, how about releasing their demos of the new songs from the album they haven’t even released yet! Does that sound Arse About Face? Yes it is! Literally! 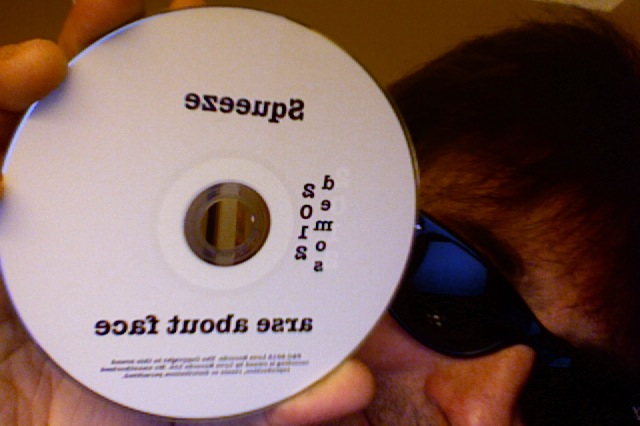 Why not pop over to the skillfully hidden Squeeze Official Shop and make sure Santa slips one of these into your stocking to make you feel festive.

As sold exclusively on the US 2012 Tour, Arse About Face is the 4 Track EP of demos recorded by the band just over just a few days in July 2012. Includes an early version of “Tommy”.

Strictly limited to one manufacture run only.

Tommy
Top Of The Form
Honey Trap
Who’s That