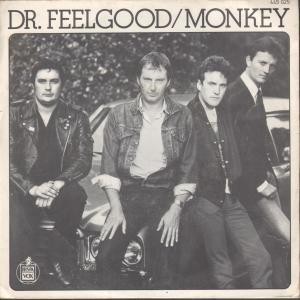 What constitutes a cover? That’s a question I should probably have posed in my first rather than my fourth post but here we are. According to that (in)famous on-line encyclopaedia: “In popular music, a cover version or cover song, or simply cover, is a new performance or recording of a previously recorded, commercially released (or unreleased) song, by someone other than the original artist or composer”. So there it is, plain and simple. Or is it? For the sake of argument, let’s say the answer to that question is “no” otherwise this will be a pretty short post. What is meant by “previously recorded”? Would a tape recording (or whatever the modern equivalent is) of the demo of the song be the original version or does it have to be committed to the record company’s master tape (or whatever … ) before it becomes the original? In the 1970s, David Bowie and Iggy Pop co-wrote the song “China Girl”. It first appeared on Pop’s 1977 album “The Idiot” but Bowie’s 1983 single is more widely known. Is Bowie’s recording a cover version even though he co-wrote it and almost certainly recorded a demo? Does anybody care? Probably not, though the strict definition of cover could mean that my choice for this week’s Squeeze cover might not actually be a cover. If a Squeeze version of [[Monkey]] does exist I’d love to hear it but Dr Feelgood’s version feels good enough for me to be going on with.

This is my last post for 2014 as I’m taking the week off to properly digest the turkey and sprouts so that I’m fighting fit for 2015, the year that will almost certainly see the release of a new Squeeze album. At the time of writing and in spite of my best efforts, I’ve been unable to find a cover of “[[Christmas Day]]” on YouTube (you’ve missed a trick there Wardie) but, thankfully, Simon has come to the rescue with this fine piece of camera work.

So where would Christmas be without … Difford and Tilbrook …? Until the next time, have a toodle Christmas and a pip of a New Year!
Tyrone

P.S. I’ve just checked “Squeeze Songbook” and according to David, [[Monkey]] was “Written by Chris and Glenn in 1975 and recorded by Squeeze, but never released. …”. Phew! The integrity of my post is intact.