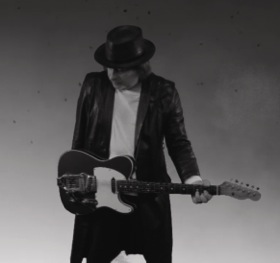 “what d’ya mean stand up? – I AM standing up!”
Readaboudit in this Blog…
Jools Holland – Barefaced lies
Hanson/Bentley – Video Collaboration
is John Bentley Bi?
Fuhgeddaboudit – Gone Dead Train
John Bentley TV
Bentley’s Blog is 50!
he doesn’t look it does he?
…well he used to! 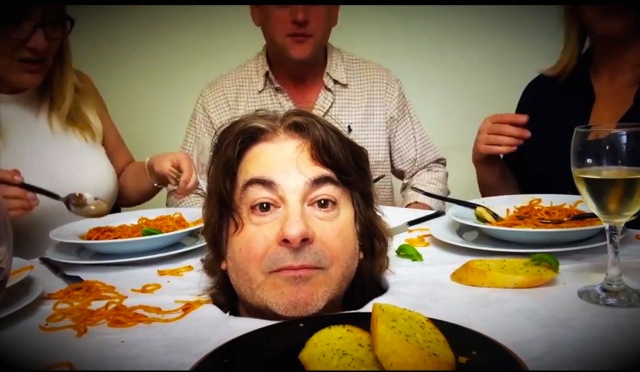 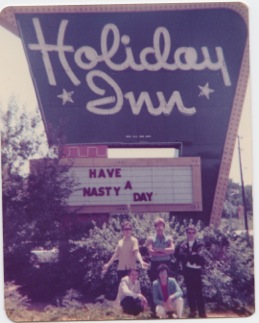 Squeeze on tour in the U.S.A. 1980
I got Jools‘ book Barefaced Lies for Xmas. It’s very funny, and a great read. There’s one story he tells about a Squeeze gig we played in New Jersey, and when I read it I thought – well that’s not exactly how I remember it.  I looked it up in my 1980 diary, and there was an entry for that gig!
So – for what its worth – here’s my version of events that happened that frightful night…
Tuesday July 14th. 1980…
THE HOLE IN THE WALL
in Rochelle Park New Jersey was a night spot run by the MOB. The Club was a front to make their illegitimate business dealings appear legitimate. There’s always been a connection between certain popular entertainers and the MAFIA.
Squeeze were becoming more & more popular in the America, and we’d already had ‘the Squeeze‘ put on us –  it goes a bit like this:
We got you dis, and we got you dat, so now you owe us. And one day you’re gonna have to pay back the debt.” (scary beats)
MIKE HEDGES
was our road manager, a South London geezer, and a legend (in his own mind).
After the gig as usual Mike had his hands full carrying out the Bands equipment. He kicked open a pair of double-doors. Unfortunately he knocked out an elderly gentleman who was trying to gain access from the other side. I’m not sure what happened to >Mike after he realised that he had made a very serious mistake. Perhaps he’s at the bottom of the Hudson River, because this wasn’t just any old gentleman he’d knocked out – NO! – this was the Don – yep you’ve guessed it – he was the GODFATHER (play theme from the Godfather now)
the MOBSTERS
realised that somebody to do with Squeeze was responsible for this malicious act of violence against their father, and now these WiseGuys were looking for blood.
I mean – an attack on their Dad!? You’d be better off Dead wouldn’t you? Team Handed they kicked in the door and stormed the dressing room. We were in the middle of getting showered and changed after our performance. I was just wearing a towel, which (as you can imagine) made me feel even more vulnerable.
MILES COPELAND the 3rd.
was our Manager and son of legendary Miles Copeland Jnr. the CIA agent who spear-headed the daring Raid on Entebbe. With that legacy behind him his dirty was clean er I mean his duty was clear, Miles HAD to take control of the situation. After all he was a professional negotiator, a Black Belt in Karate, and a Copeland to boot.  Sadly that didn’t do him much good against these Gangsters
BANG BANG – BANG BANG
that was the dreadful sound of Miles being smashed in the head, followed by him crashing to the floor – he was unconscious, and for all we knew – Dead! (OMG)
it was MAYHEM
in that dressing room – people were screaming, waving weapons about, death threats were being made, and apparently carried out! I can honestly say that was the most frightened I’ve ever been in my life – apart from meeting Cliff Richard.
Jools nodded to me to stand out of sight behind a screen at the back of the room. Still soaking wet I struggled to put on a pair of jeans and shoes. Meanwhile Jools, (an expert in self-preservation and Boogie Woogie Piano) quickly decided that the best course of action was to grab Miles’ brief case (which contained all the cash from the tour) and escape out through the bathroom window. I grabbed my Bass and we sneaked into the bathroom. As we made our getaway we could still hear Glenn, Chris and Gilson being threatened by the cast of GOODFELLAS…
“YOU GUYS AIN’T NEVER GONNA WOIK IN JERSEY AGAIN”
…and we never did!
Bon Voyage!
As I don my Producers Hat 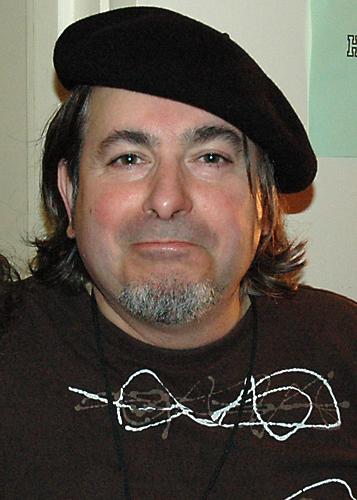 I was chatting to Tony Smith after a Squeeze gig in Bristol back in 2013, and he reminded me that I used to give him guitar lessons in the 70’s. It turns out that he became an accomplished musician, and an excellent songwriter.
He and his band – Gone Dead Train – are based in France. And to cut a long story short, I ended up travelling over to Montauban in the South of France to produce their album: Where There’s Blood. So now …
I’m Gonna Ride that Gone Dead Train 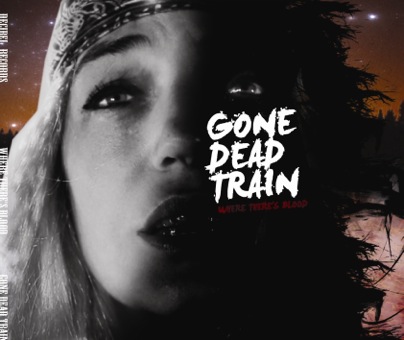 Result!Result!Result!Result!Result!
I am delighted to say that since I produced their album, Gone Dead Train have been signed up by Decibel Records Nashville.
I also co-wrote 4 songs on the album with Tony,
The tracks are now available to download @:http://www.cdbaby.com/cd/gonedeadtrain
Check out this super new video for Fuhgeddaboudit by Gone Dead Train.
It’s on my swinging new YouTube Channel:  John Bentley TV 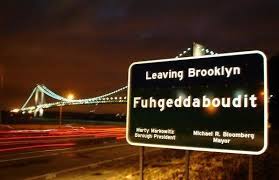 East Side …
West Side …
The Inside Story…
Here’s the tale of how the song Fuhgeddaboudit was written…
While I was in France I played Tony Smith an idea I had for a new song. It was just a simple chord sequence, and he recorded it on his phone. A few days later Tony sent me some lyrics in an email. I was trying them out over my chord sequence, and one line he’d written really caught my eye…
Just three little words:   forget about it
I kept singing this line over and over chord sequence –
forgetabout it … forgeddabout it …Fuhgeddaboudit
I was having a serious case of Deja Vu and I dont mean Crosby Stills & Slash.
Where had I heard this line before?
URETHRA! – no no no – I mean UREKA!
It’s from that classic scene in the movie Donnie Brasco where Johnny Depp tries to explain to a couple of FBI agents what the Wise Guys mean when they say – Fuhgeddaboudit.
… and a song was b o r n.

Available from the Plane Groovy Store on Super Hi Quality Vinyl !!
http://www.planegroovy.com/planegroovystore.html
Haven’t got a record player?
Never mind! it comes with its own exclusive download code.
Don’t know what a download code is?
Then simply geddit from Bandcamp
http://planegroovy.bandcamp.com/album/based-on-a-true-story
Don’t know what your own name is?
Revelation ! – Bentley is Bi !
To celebrate this Bicentenary of Blogs I would like to pay tribute to the following artistes – because without their inspiration, non of my blogs would have been …
ne¢e©≤ary!
Bing Crosby Stills Ogden Nash & the Young Ones
Forward Slash
Edison Lighthouse & Palmer
Gibson Levis
Sexus Nexus Plexus & the Tex Pistols
so this is your Quiz Inquizitor
John Morgan-Bentley
saying:  “I’m two cars now!”

Read Bentleys Blog at your own risk.