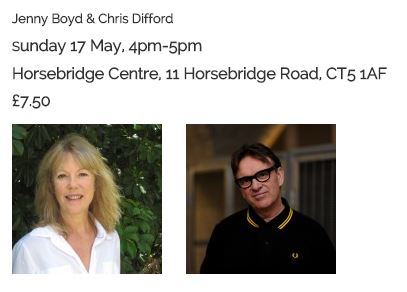 Fancy seeing Chris Difford talking about his creative process and his life in music? http://www.whitlit.co.uk/?p=1080

“WhitLit welcomes back author and psychologist Dr Jenny Boyd and brings her book ‘It’s Not Only Rock n’ Roll’ to life, as she interviews music legend Chris Difford from the band Squeeze about the creative process and his life in music.

Double Ivor Novello Award-winning lyricist and enigma Chris Difford has brought us characters and sketches from every day life, turning the mundane into the beautiful, the urbane into the exquisite, for over 30 years. With his partner, collaborator, friend and Squeeze co-founder Glenn Tilbrook, Chris has written some of the most enduring and best-loved songs of our time. ‘Up The Junction’, ‘Cool For Cats’, ‘Labelled With Love’ and ‘Tempted’, to name but a few. Chris is currently writing his memoirs.

Psychologist Jenny Boyd has many personal ties to the music world as former wife of Mick Fleetwood and the inspiration behind folk-rock singer Donovan’s 60’s hit ‘Jennifer Juniper’. She was in India in 1968 with The Beatles and her sister Pattie, (former wife of George Harrison and Eric Clapton). Jenny spent four years interviewing 75 world famous musicians on their creative influences including Eric Clapton, George Harrison, Keith Richards, Stevie Nicks and Joni Mitchell. The resulting acclaimed for her book ‘It’s not Only Rock n Roll’ is a fascinating and unique insight into the creative process.” 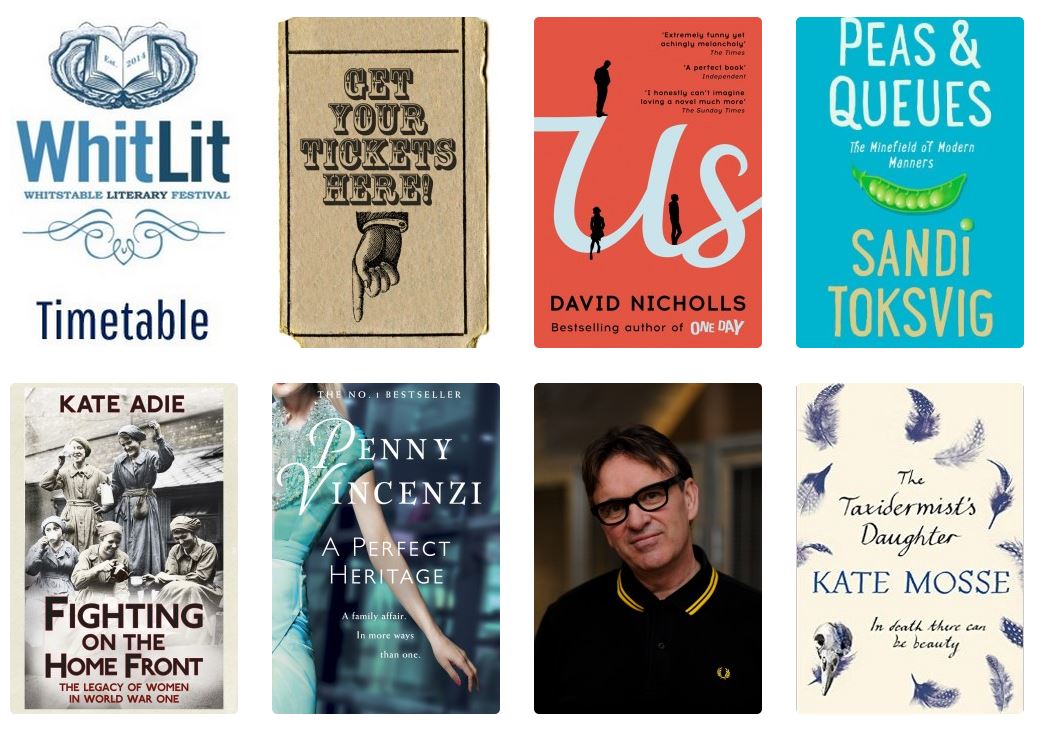