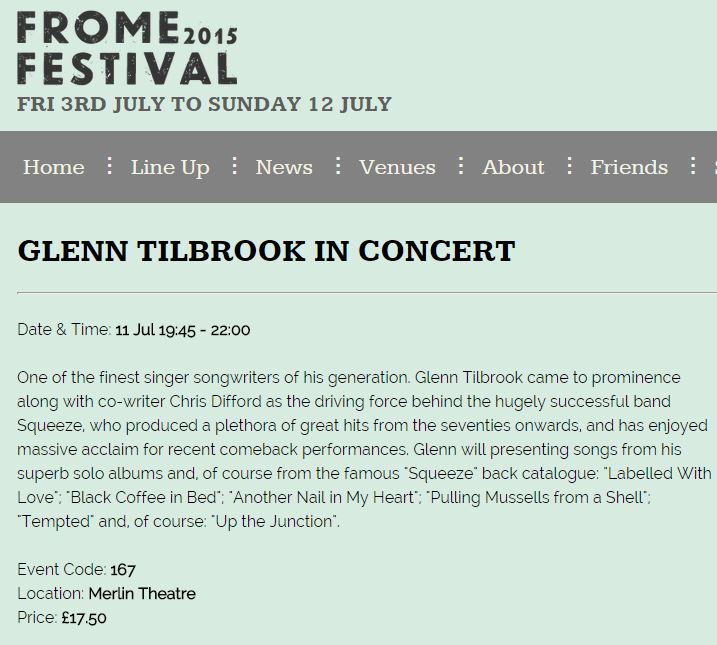 One Response to "Glenn Tilbrook – 11 July 2015 – live at the Merlin Theatre, Frome Festival"