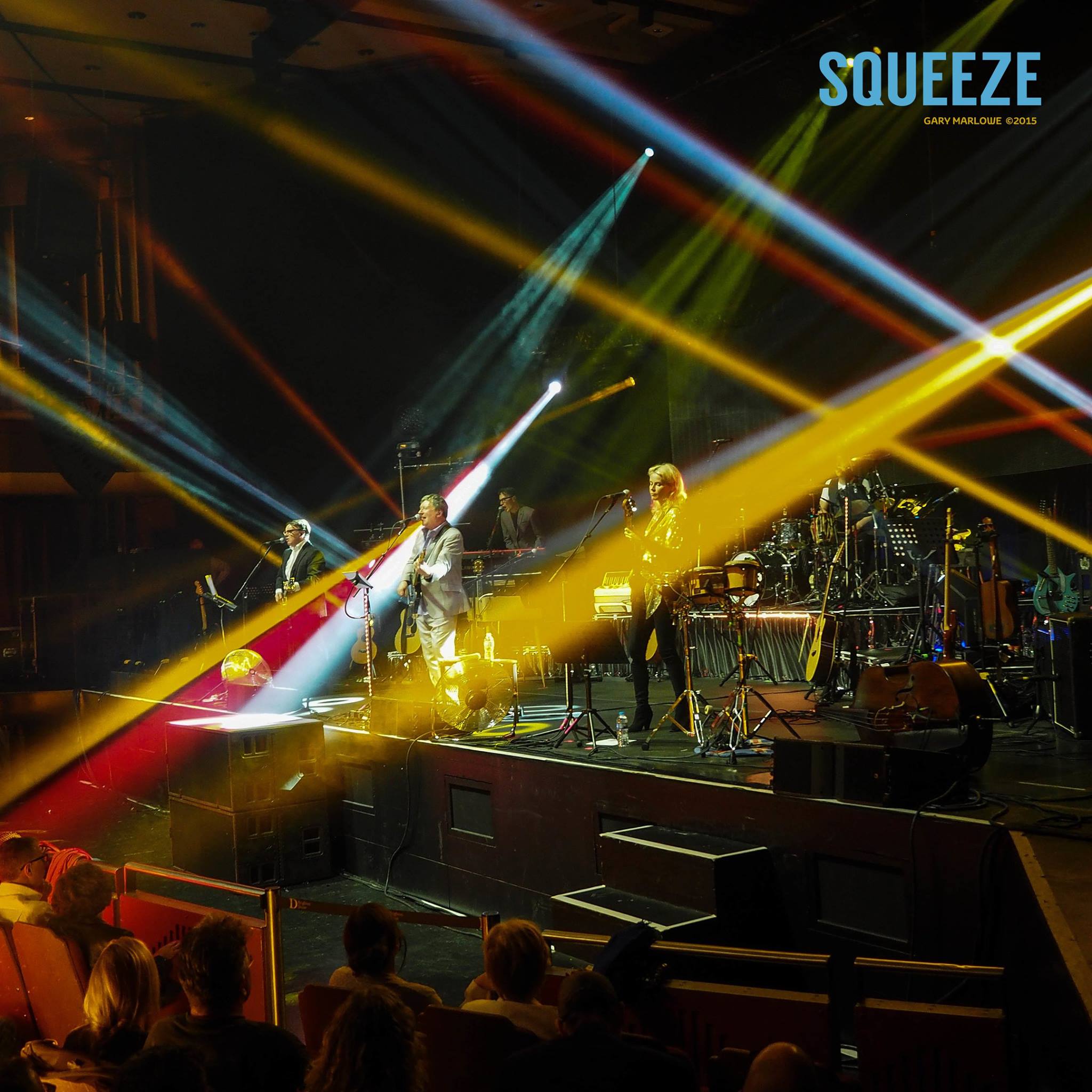 Here’s a review from The Guardian:

“The T-shirts on the merchandise stand bear the words: “I’d forgotten how much I like Squeeze.” It’s a nod to an unexpected resurgence in songwriters Chris Difford and Glenn Tilbrook’s careers. They are promoting Squeeze’s first album of new material for 17 years, bolstered by the fact that the songs on it were commissioned for Danny Baker’s sitcom Cradle to Grave. “We’ve had a single played on the radio,” says Tilbrook from the stage. “It’s unbelievable.”

The slogan on the T-shirt also hints at something odd about the band’s reputation. Radio 2 never go long without playing Up the Junction, and Squeeze should, by rights, have a similar national treasure status as Madness, with whom they shared a flair for pop singles and a lyrical voice in which knockabout blokeishness gave way to telling, sensitively drawn vignettes of everyday life. You could argue all night about why they haven’t. Lack of a strong image? Too erudite? Festering resentment for having foisted Jools Holland, and thus the annual misery of the Hootenanny, on the UK? Whatever the answer, it isn’t to do with their songwriting, as tonight proves. There is an abundance of hits – Some Fantastic Place, Tempted and Is That Love? – reminding us of lyricist Difford’s ability to cram what Smash Hits called “three-minute Plays for Today” into Tilbrook’s melodies. These favourites are peppered with album tracks that demonstrate the richness and depth of Squeeze’s back catalogue, not least The Elephant Ride’s lovely evocation of postcoital drowsiness.

Songs are accompanied by films that range from vaguely apropos to baffling. You can understand the significance of showing Difford’s mid-70s journals, although the fact that he seems to have spent considerable time as a teenager drawing pictures of genitals is a bit distracting. Another Nail in My Heart, meanwhile, is accompanied – for inexplicable reasons – by a film of bluebottles crawling over a map of Sweden.

Most striking is how clearly material from Cradle to the Grave shows that Difford and Tilbrook’s talents are undimmed. For all the on-stage jokes about having to write about Danny Baker’s adolescence, it’s obvious the songs quickly outgrew the sitcom brief. The agonising portrait on Nirvana of a marriage floundering after children leave home, or the warm-hearted depiction of a wedding on Open demonstrate Tilbrook’s melodic facility and Difford’s ability to home in on a tiny, telling detail – which doesn’t seem to go unnoticed by the audience. “Play more new stuff!” shouts a plaintive and apparently unironic voice from the circle. You don’t have to be an expert in gigs by bands with a 40-year history to know that doesn’t happen often.”