In “Squeeze and Me” Squeeze fans get to tell their story. Here’s David Clifford’s story:

It is Friday the 25th of September 2015 and I find myself in the somewhat sterile and unimpressive foyer of the Plymouth Pavilions – a sports arena and concert venue that rose out of the old Millbay railway station site in 1991 – and immediately looked dated. However, the décor and uncomfortable attitude the building exudes, pales into insignificance compared to the feeling of euphoria I have. And what has bought about this euphoric state I hear you ask? Well, I have just witnessed – for the first time – a concert by (in my opinion) the best band in the world; Squeeze. Not only that – after the aural ecstasy – I and many of the other Squeeze fans there, got to meet the complete Squeeze line-up, to have items autographed, photos taken and a little chat with our heroes. So I’m literally rubbing shoulders with people – that up until recently were shadows on the TV screen, the lyrical voices in my ears, the authors of words, the purveyors of tunes – musically deities that I have worshipped nonstop for the last few years.

Now, diehard Squeeze fans may stop at this point and scoff at my grand total of one concert and deride my lack of longevity when it comes to Squeeze fandom. But my musical story is a long one and a journey that I would like to share with you: but to do so, we need to go back, back in time……..

Cue the echo and fade out of my repeated words and the wavy lines (indicating reverse time travel).

I am a product of the 60s, born a few months before Nobby Stiles danced around Wembley stadium holding aloft the Jules Rimet trophy. Therefore, I missed out on the 60s as a musical decade and was catapulted straight into the 70s. But – I took no notice of my older siblings and their glamorous rock; the raucous Brummie wailing of Slade or the be-flared and tartaned love songs of the Bay City Rollers. Instead I took solace in an old Dansette record player and re-released singles from the 60s; Lulu, Petula Clark, The Archies and Millie. These artists – and the limited output I had available – were my songs of choice.

Then as the 70s progressed, I went from short trousers and a school cap, to a full blown uniform of the local grammar school. Things started to change; life and music became edgier, there was more angst and the pre/early teen years saw dalliances with punk and the mod beats of The Jam. The Ska musings of The Specials alongside the nutty boy sounds of Madness. Squeeze were around, but they didn’t seem to hit the right note (certainly not for this teen) but music wasn’t a necessity for me then. It wasn’t something that I necessarily needed, life bumbled along with or without it – until December 8th 1980 – then everything changed.

I can remember where I was and what was said at the time. The death of John Lennon was my JFK moment. Suddenly, the one thing I didn’t know I needed was gone! Within the blink of an eye a musical icon disappeared and I wanted to know more. All of a sudden I needed to know everything about John Lennon and The Beatles. Thus an obsession started that was to continue throughout the years ahead.

1980 was the turning point. Now music was important. Now I needed it more than ever, just in case we were to lose another icon so tragically. The Beatles were the start and the pinnacle of my desire to learn more. I started collecting books, videos, vinyl, CDs, magazines, I collected all I could – but I found it wasn’t just The Beatles. I started reading the music press; Sounds, NME. I was obsessed with the charts, going so far as to compile my own chart, with a scoring system that tried to predict the next week’s top ten. I started reading The Guinness Book of Hit Singles, collecting each new edition. Music was now so important that I started to play drums, guitar and keyboards (each failing miserably)! I clearly wasn’t a musician … but a music fan, yes.

So how do we get from then to now?

Well – even though in the intervening years I still enjoyed everything music – I really never obsessed over one group like I did at the start with The Beatles. But it happened again, a sudden musical awakening! Luckily this time nobody died to rouse my manic musical interest. I just happened to watch a BBC4 documentary broadcast in 2012, entitled “Squeeze: Take Me I’m Yours”. And I was hooked. Not just hooked but totally bowled over.

What have I done to miss this? Why have I wasted my time on other music? Suddenly Squeeze were so much more than Cool For Cats and Up The Junction, they carried a musical gravitas that needed investigating – and fast! Nothing else mattered. Whatever the question was, Squeeze was the answer. Soon I was downloading MP3s, listening to their greatest hits, but that wasn’t enough – the entire back catalogue was needed – so I started collating those. I could lose myself for hours playing YouTube roulette; playing one Squeeze video then seeing which one cropped up next. Social media added another dimension and soon the names of other devoted fans became common place. Steve Bertram, David Bailey, Simon Rodrigues are famous names in Squeeze circles. I was joining Facebook groups and following like-minded fans on Twitter.

Which brings us right back to the present. 2015 seems to be a new beginning for Squeeze. The collaboration with Danny Baker for the TV series Cradle To Grave. A new single release, Happy Days indeed. The first studio album of new material for 17 years; Cradle To The Grave and a tour to boot! Which is where I came in several paragraphs ago …

So I am not the biggest or greatest Squeeze fanatic, there are far more worthy candidates out there and I salute those people for their dedication and devotion. For me the concert was the culmination of a short period of my life where I have tried to squeeze in the last 40 years of Squeeze (pun intended). I have listened to Squeeze exclusively for the last couple of years; every journey to or from work is Squeeze, every poolside relax is accompanied by Squeeze. If I don the headphones to mow the lawn, it’s Squeeze.

I have not tired of Squeeze, every listen brings something new. Sometimes my emotions dictate what songs to play, sometimes it’s the songs that dictate my emotions. Every Difford lyric says something to me and every Tilbrook tune dances through my head; delighting my senses. Chris Difford can paint a lyrical picture in such a small space of time; using so few words, but it’s there – an image, a story, an emotion, a feeling, a memory. Not everybody gets it, not everybody understands. I accept that they are going to assume the popular songs are the sum total of Squeeze – but they are wrong, they are missing out.

I wish I could put my finger on exactly what it is that excites me so much about the whole Squeeze story – the sound, the words, the music – but I can’t. I just know that something happened a few years ago that changed my life forever. I’m still me, I still do the same job, I’m still that funny, loving husband and father, but my life has been enriched by a musical heritage that continues to this day; exciting and delighting me.

And long may it continue. 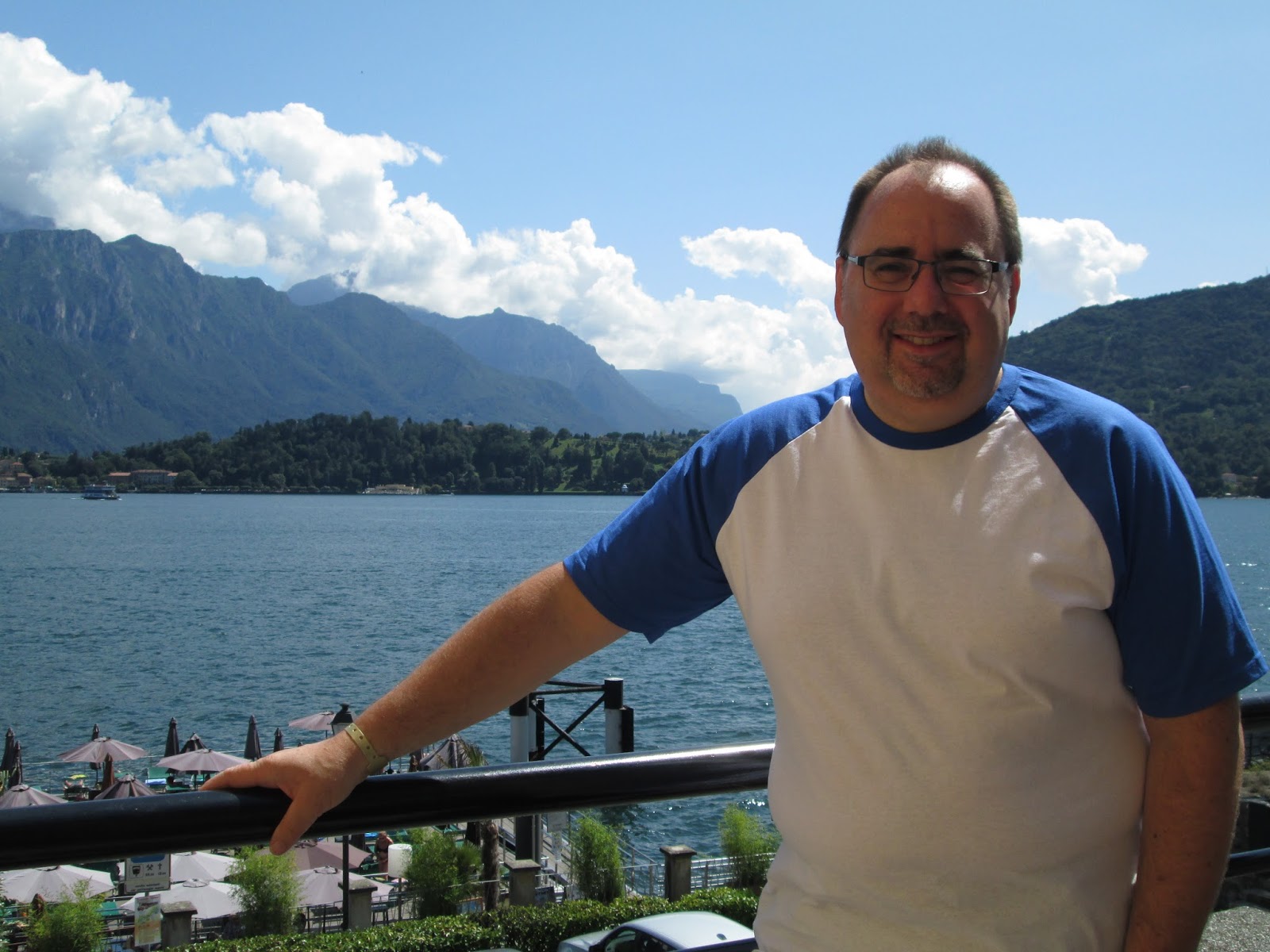 David Clifford is a music fan, an avid reader, an occasional writer, a stalwart of the NHS for over 30 years. A father and husband, he’s also a frustrated tone deaf musician, whilst being a shy, introverted egotist.
And a Squeeze fan.