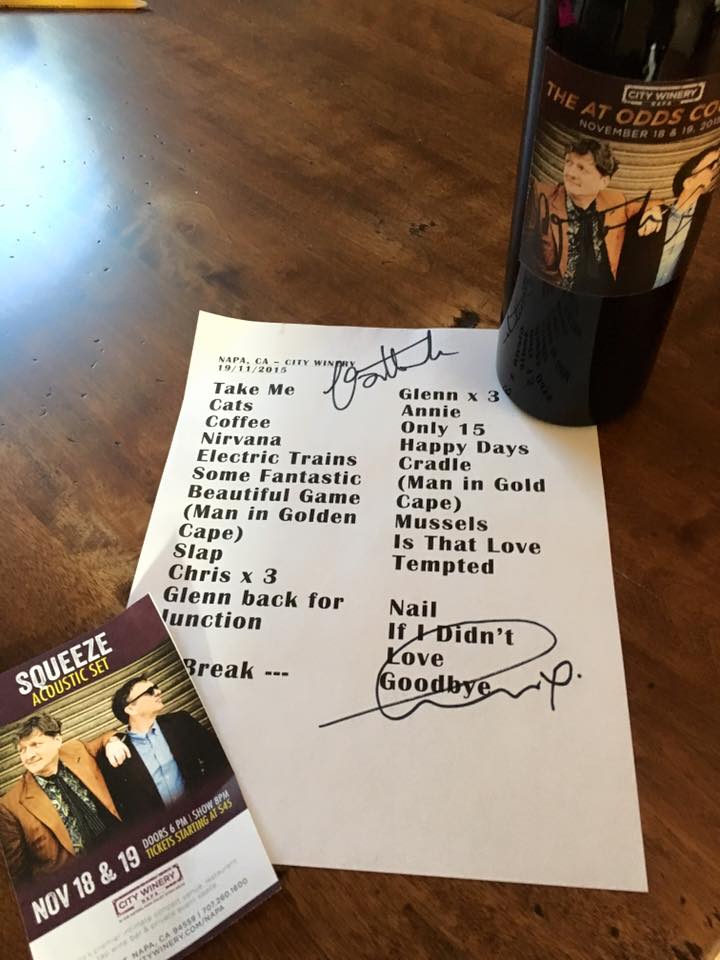 “If you have ever tried to sleep on a horse you will know what its like to sleep in the back of a tour bus, the bed is above the axel and next to the engine, its some ride. I’m lucky beyond belief to have this luxury home on wheels, a star bus, but there is a price for a Princess like me. I live in a quite barn miles from the sounds of modern life. Im lucky. For ten days I’m on the bus and I’m very grateful for the chance to ride like a country star. Twang! I woke up and here i was in Napa, a tidy town with nice books shops with blue skies above, its wine land, and everywhere you look there are tours and tastings. The show was another diner and listen event, nice. A very relaxed show without too much of a say about it. These shows are not what I expected but everyone seems to enjoy them. My daughter Nat is on the bus, she is making videos and being busy with her work, she excelled on the Karaoke dance floor by all accounts last night. She obviously has this talent from her Mother, me I was in bed dreaming about working in a rehab. There were too many clients to deal with, one person was addicted to his phone and when i took it away from him he cried. I then ran back to my flat to find i was living in Greenwich, it was a feeling of loss, I woke up sad in my red sheets to the sound of the generator beneath me. The sun shines and Napa is serene.”