Squeeze have been announced to play the Saturday night at Latitude Festival.

The Maccabees, The National and New Order will headline Latitude 2016.

The annual festival returns to Henham Park in Southwold, Suffolk from July 14-17 with an impressive line-up that spans music, theatre and comedy. The Maccabees will make their step up to festival headliner status and top the bill on the Friday night of the event on a bill that also includes Courtney Barnett, Father John Misty and Beirut.

Speaking about their headline slot, The Maccabees say: “Latitude is the first major headline slot in our fourteen year existence and the culmination of the year spent touring ‘Marks To Prove It’. We’re intending on it being a celebration of it all.”

The National, meanwhile, will top the bill on Saturday night of Latitude. Returning for the first time since they headlined in 2011, the US band will be joined by Chvrches, John Grant, Daughter, Squeeze and Nathaniel Rateliff & The Night Sweats.
Read more at http://www.nme.com/news/various-artists/91989#2Hu8tSjh7PlRb3Os.99

Awesome. Thanks for the tip-off Tami. 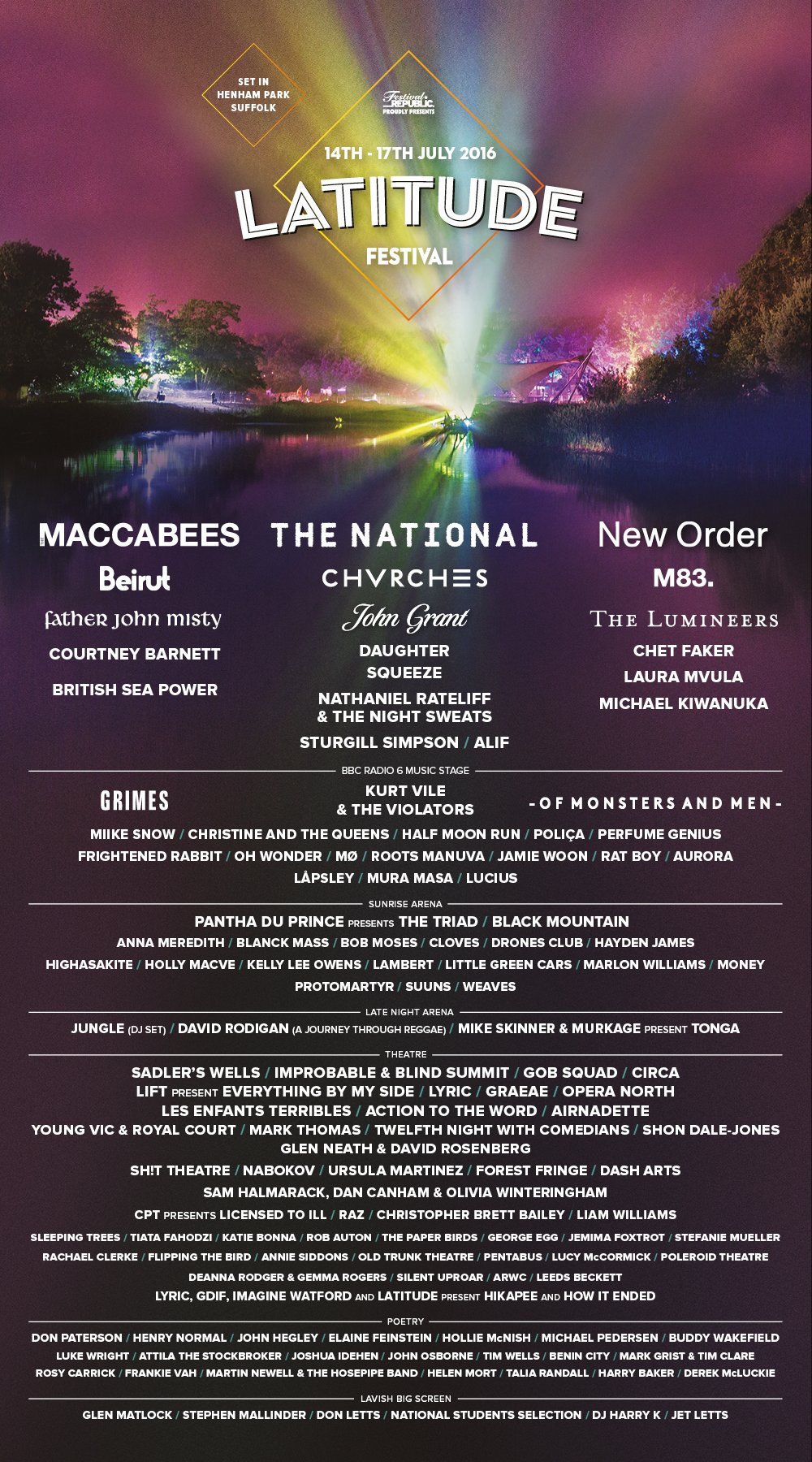