“We’re not sure there’s a much better mix than relaxing down by the Obelisk Stage with your friends in spectacular weather. We might’ve found an extra ingredient to this perfect mix, however: Add some Squeeze.

The Deptford band’s slot on the stage has been one of the most eagerly anticipated since it was announced, and a chance to see music legends in the flesh was snapped up by a substantial afternoon crowd.

It seems Squeeze live were made for outdoor summer. Tracks like ‘Happy Days’, with its whirling organ, and the solos of ‘Coffee in Bed’ flowed through the air as the band had the time of their lives performing to such a welcoming audience.

Though it was perhaps a time for the band to celebrate a stunning career of decades, tracks from their latest album got just as wild a reaction. The titular track from ‘Cradle to the Grave’, their first album of new music since 1998, amped up the summer feeling to wondrous new heights.

It was perhaps ‘Cool for Cats’ that got the biggest reaction, with anyone not yet dancing up and ready at the mere mention of the title. From the moment that immortal melody hit, it seemed the entire field was in unison for a good ol’ knees up.” 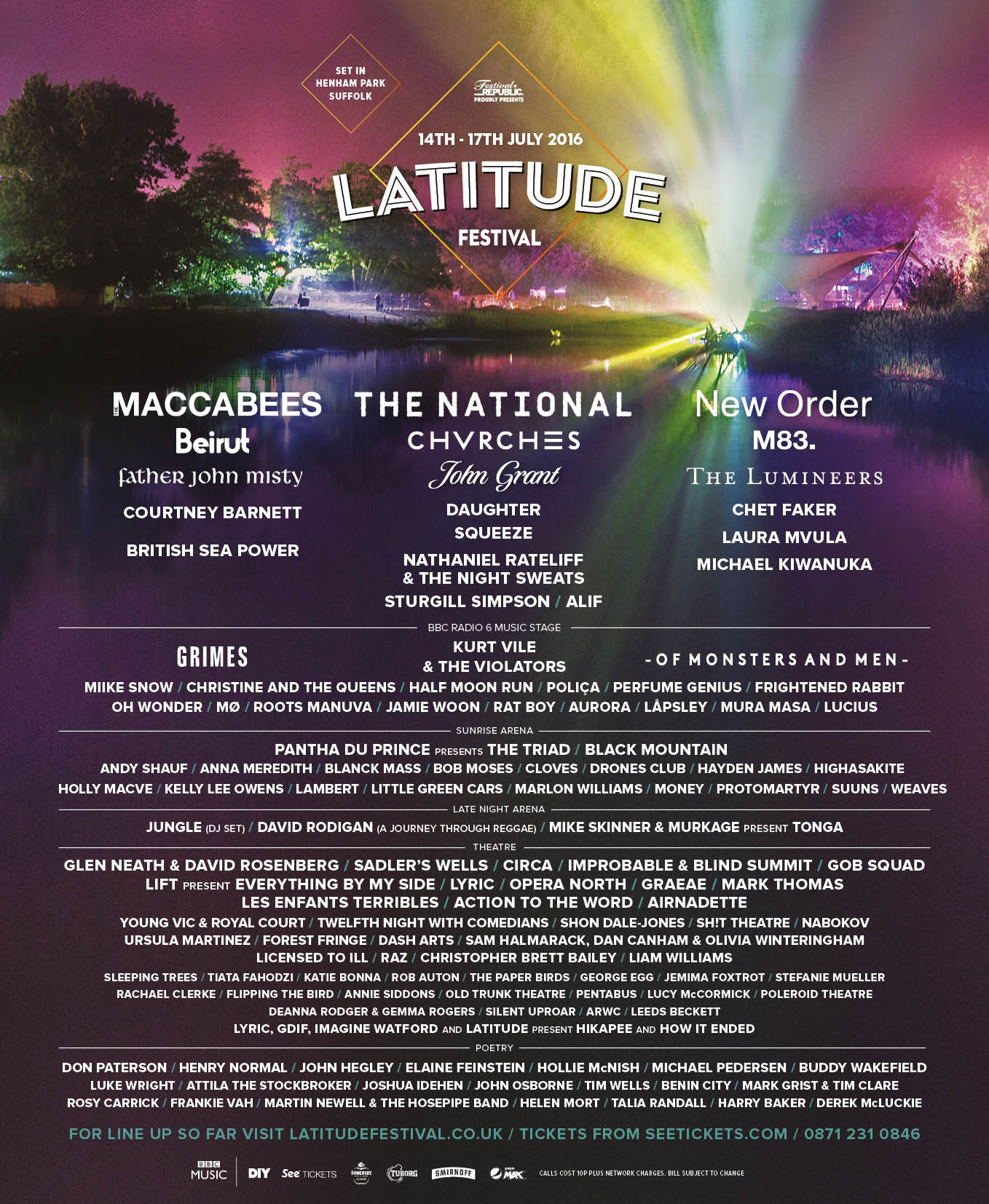 A Review: http://www.thereviewshub.com/latitude-2016-squeeze/
Venue: Obelisk Arena
Reviewer: Andy Moseley
Squeeze are undoubtedly enjoying a renaissance thanks to the Danny Baker penned series Cradle to Grave. With their first album in seventeen years giving them their best album chart placing outside of greatest hits collections, they can feel justified in not simply playing a greatest hits set and including several new tracks in between the likes of Up The Junction, Labelled With Love, Tempted and of course Cool For Cats.
Tracks such as Open, Cradle to the Grave and Happy Days show that the chemistry between Chris Difford and Glenn Tilbrook that cemented their place as one of Britain’s best-loved, if not most successful, bands of the 70s, 80s and 90s is back. The new songs fit effortlessly in with the hits, and the band are clearly enjoying playing them and basking in the response from an audience that spans three generations at least.
Squeeze write singalong hits, and the audience know all the words. The choice of songs is almost faultless, the only missteps in an hour-long set being a cover of Harper Valley PTA, a rendering of Slap and Tickle as almost an East European folk song, and an overlong version of Black Coffee In Bed where pedal steel and keyboard solos threaten to drag the song way beyond the five minute mark, and make you wish they’d kept it short and included tracks such as Pulling Mussels (from the shell) or Another Nail In My Heart.
Those minor gripes aside, it’s a confident, assured set ending with their first and finest hit, Take Me I’m Yours, and showing a band who have rescued themselves from the nostalgia circuit, and once more look to have a good future ahead of them. Their name deserves to be on the afternoon legends slot at Glastonbury next year.