Squeeze bassist John Bentley’s got a new band, a new album and a nice line in promotion. Here’s their new press release:

Do you sometimes feel that you got dropped off at the wrong planet?
Does your life feel like some kind of sick joke without a punchline?
Fuhgeddaboudit … just listen to the Buzniks! 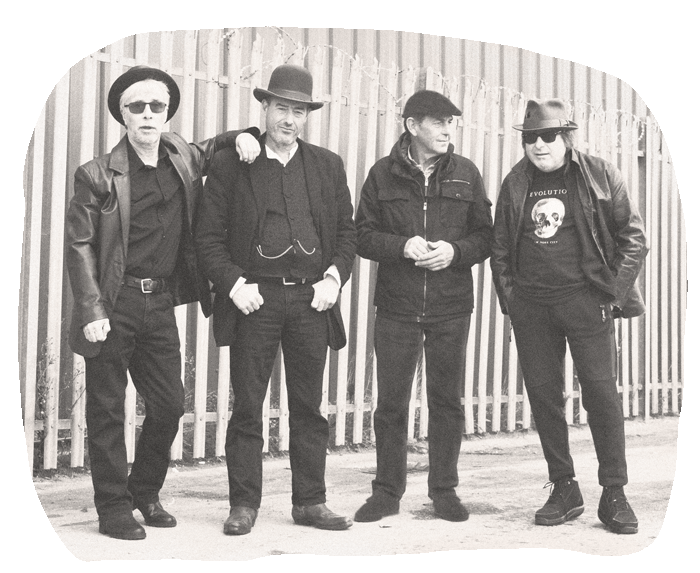 “at last a musical experience I can use as a laxative!” – Joe King, Pinhead Journal
“the more I listen to the Buzniks the less I can hear” – Rev. Swami Lovecorpse
“ich bin ein gerflohggen!” – Vernon Steroid, the Viking Times
“your record is a violation – an infestation – a mutation – congratulation!” – Mondo Mugwamp (deceased)
“the M/8 section of Nail it to the Floor is simply a bridge too far” – Morgan Shelf OBE, Mental Health Magazine

The sleeve notes are by Glenn Tilbrook.

It’s an energetic and exuberant romp. I particularly love the rockabilly of Rockababy which has a glorious beat and superb guitar. Take a listen. You could even do something incredibly radical and buy a copy!