Did not chart. Has never charted. Will never chart. Squeeze went from “Give the dog a bone” and “It’s so dirty with me” to “Mary and Joseph drove into town” in less than a year – no wonder the fans were confused. The b-side was the superb Going Crazy – scenes of mayhem and frenzy ensued when this was played as an encore with (of course) Goodbye Girl. The session recorded for Radio 1 to promote the “Argy Bargy” LP had a much better version of this song, which continued Chris’s fascination with butlers. Christmas Day was not released anywhere else in the world as a single. Was, however, released on the IRS records compilation “Just In Time For Christmas”. EIRS 1046, for those hard-core completists among you. 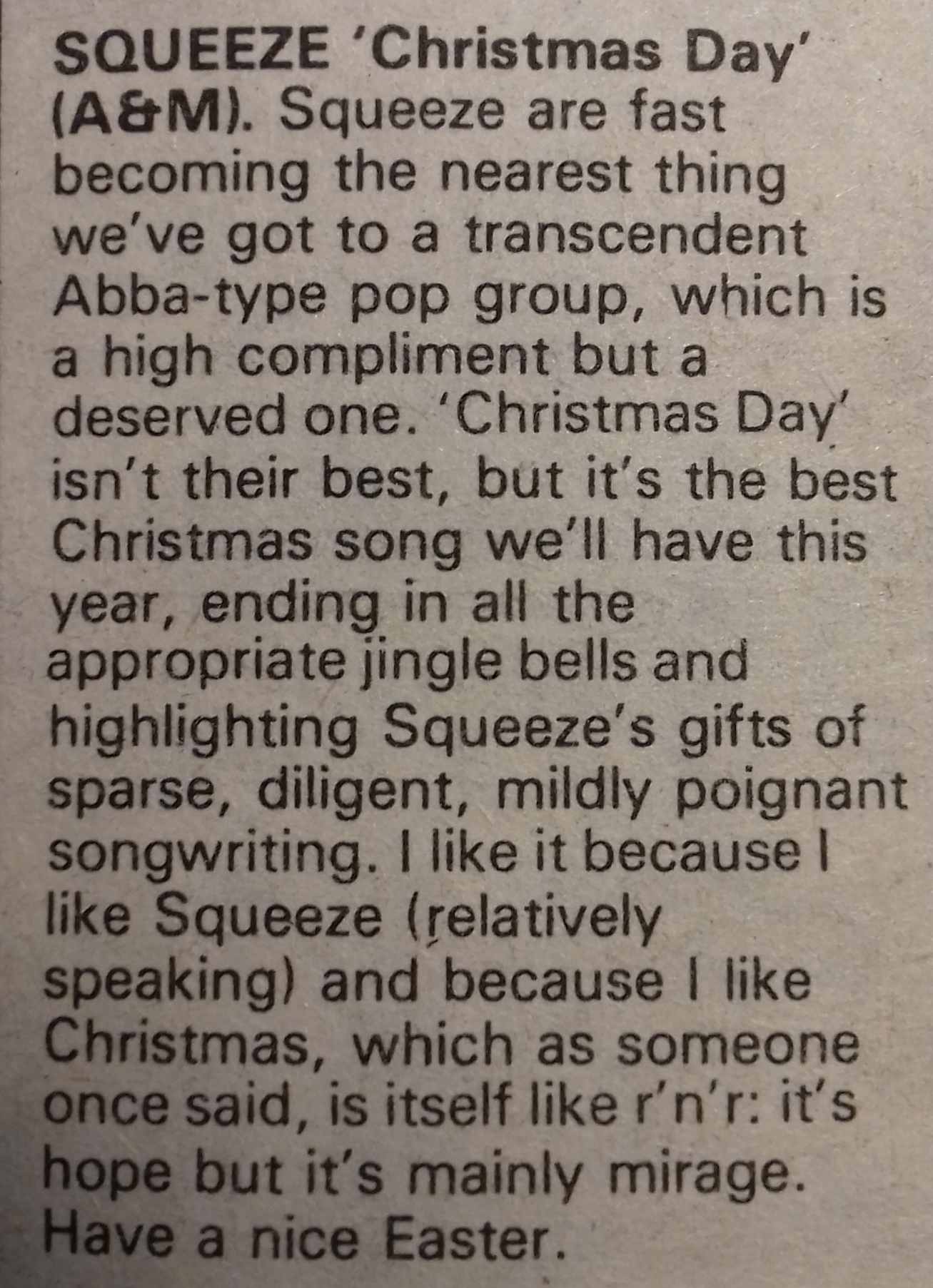 Cover photograph by Janette Beckman. According to rockarchive.com: “Born in London, Janette grew up listening to Tamla Motown and the Rolling Stones. After studying at LCP she taught photography part time at a college in Clerkenwell mostly to local punks, squatters and art kids. She then started to show her art portfolio to record companies – A&M used one of her night shots of a Los Angeles motel for a Squeeze single. Commissioned to shoot the very first Police album sleeve she bought a Hasselblad camera which she still uses today.”