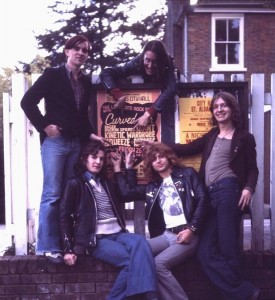 Squeeze on 26 September 1975, just about to support Curved Air at a gig in St Albans. This was only their ninth ever gig (eighth if you don’t count a Difford and Tilbrook show). Note original drummer Paul Gunn.

“This is the tail-end of the hippy concerts where everybody would just sit down, and we were travelling round in a transit van, three in the front, three in the back. We were trying to play really accellerated three-minute pop songs – to not much acclaim.”

So Squeeze ended the evening. Squeeze are a rare phenomenon in these parts, these times: a band who play compact, two-and-a-half minute numbers, packing into that short time more energy and aggression than most bands produce in half an hour.
There is no obvious leader to the five-piece band and vocals are shared pretty evenly. Otherwise I would say they could soon be in the same league as Doctor Feelgood.
But never mind comparisons, Squeeze were tremendous. 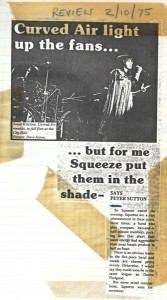 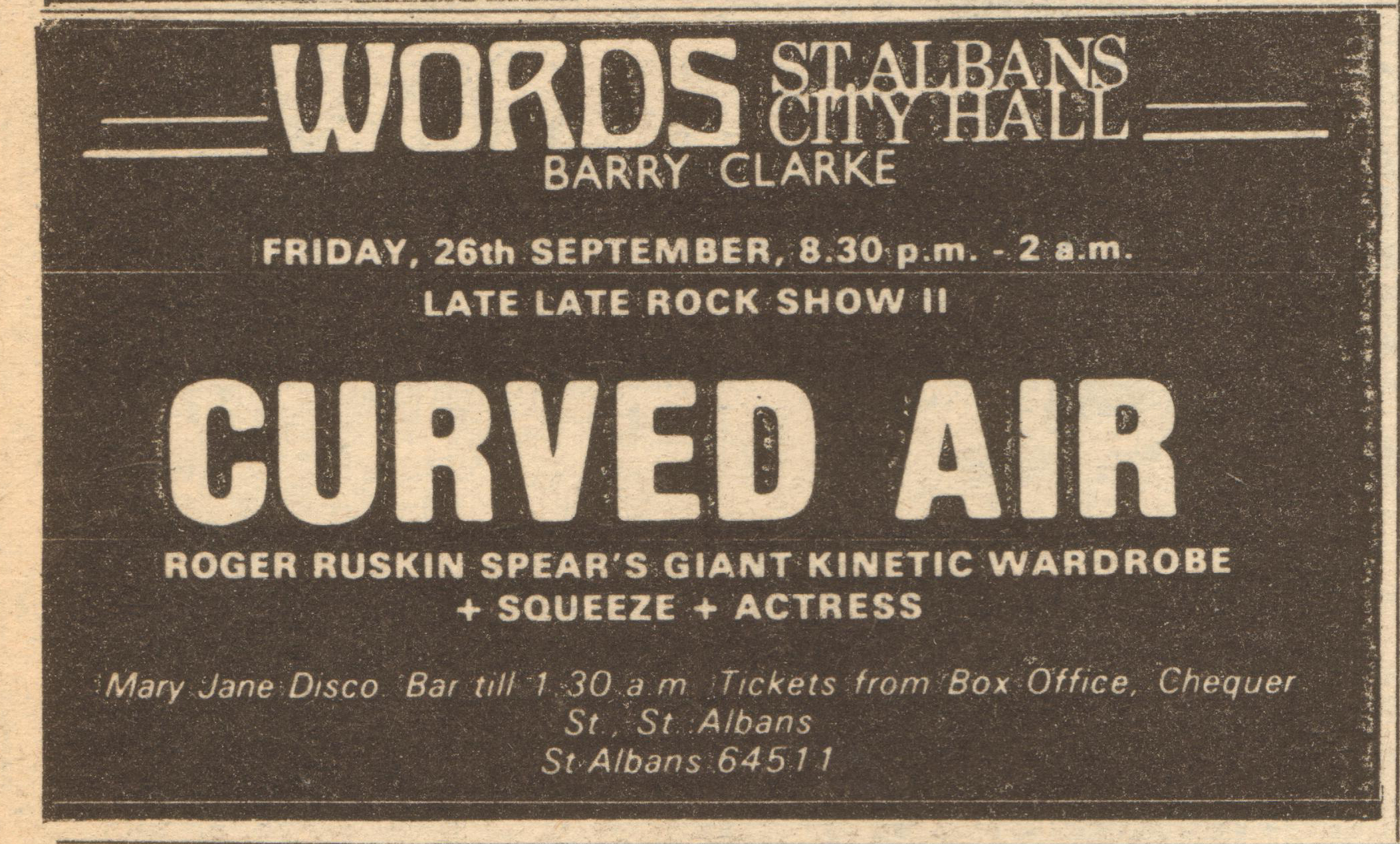 Thanks to Martin Stassen for the scan.