Glenn is currently in the studio trying out a few tracks with Nine Below Zero with the possibility of an EP before their joint tour. Those of you who have checked out Snipturn‘s excellent YouTube Channel will have seen Glenn playing acoustic double bass with Dennis Greaves and Mark Feltham on the classic Nine Below Zero track ‘The Story of Nathan John’. 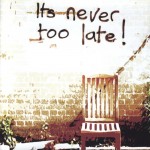