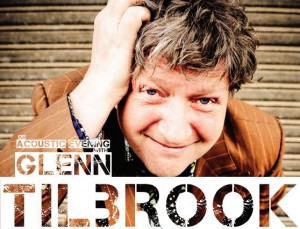 Glenn Tilbrook announces an extensive acoustic tour for autumn 2011. Beginning in Norwich on October 30th the tour will visit 35 venues across Great Britain before returning to Glenn’s home of South East London with the final date at Blackheath Concert Halls on December 20th.

Here’s what the press release says:

The Acoustic Tour 2011 will be different from anything that Glenn has previously done before. Whilst the first half will simply be Glenn on his own, the second half will see him joined by 2 more musicians, Simon Hanson (who drums with both Squeeze and The Fluffers) and also Chris McNally, featuring percussion, acoustic guitars, Ukeleles, Indian harmonium, bass and iPads in a completely new show. As well as perform songs from his back catalogue Glenn will be showcasing new unreleased solo material and music from The Co-Operative (Glenn’s collaboration with Nine Below Zero).

A new unique and exciting aspect of Glenn’s 2011 tour is that every show is set to be recorded live and then made available at the end of the night from the merchandise stand. Speaking of the idea Glenn said “Over the years so many people have asked for recordings of the acoustic shows and now the audience will be able to take home a recording of the show that they have just enjoyed and were a part of”.

You know me by now – I need a copy of every single gig recording! Can’t wait for the shows. See you at the bar?

17 Responses to "Glenn Tilbrook Acoustic Tour – with a twist!"