Here’s what Meridian Radio have to say:

We’re really excited that our charity album is coming soon, but we need your help! Tell us your favourite Squeeze track (from the drop down list) and the one that gets the most votes will go on the album! Click here to send us your vote now! 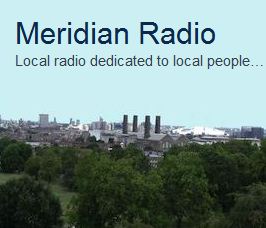 A HOSPITAL radio is asking for help from south-east London’s pop pickers as it puts the finishing touches to a fund-raising CD.

With most tracks now chosen for the compilation CD, the radio, which broadcasts to patients at the Queen Elizabeth Hospital in Woolwich, is looking to SQUEEZE one more track on the disc prior to pressing. Funds raised from the sale of the CD will help keep Meridian Radio, in its 51st year, keep the music playing.

“We’ve got just enough room to Squeeze in some Squeeze,” said chairman Duncan Martin. “We’re asking our supporters, listeners and the local community to go to our website – www.meridianradio.co.uk – and vote for their favourite track by Squeeze.

“The one that gets the most votes will go on the album.”

The choice of tracks made available for the compilation, which will go on sale in March, are as follows:
Cool For Cats
Up The Junction
Pulling Mussels
Tempted
Black Coffee in Bed

Voting closes at midnight on Monday 27th February. Meridian Radio will announce the winner next month (March). Meridian Radio is also taking votes by email to studio@meridianradio.co.uk, or by text to 07798 633 546. Text messages will be charged at your standard message rate and vary depending on your network provider.

So which one will you choose?

3 Responses to "Squeeze to feature on new Charity compilation – and you choose the track!"