Thanks to Rona for finding this – it’s important you vote, vote, vote! 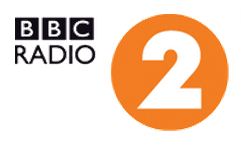 From today, listeners will be able to vote for their all-time favourite Number 2 single via the Radio 2 website – bbc.co.uk/radio2.

The results of the poll will form the basis of a special New Year’s Day Radio 2 show, presented by Tony Blackburn, who will count down an Official Top 40 of the nation’s favourite singles which never quite made it to the top of the Official Singles Chart. As a climax to the programme, the nation’s favourite Number 2 single will be bestowed with an honorary Number 1 by the Official Charts Company.

Jeff Smith, Head of Music BBC Radio 2 and 6 Music, says: “I think people will be quite surprised to see which massive hits didn’t actually make it to the top of the charts. This promises to be a great show and will give Radio 2 listeners the chance to hear some of their all-time favourite tracks. The programme will be a wonderful celebration of some of the greatest songs over the past 60 years. It’ll be really interesting to see which song actually makes it to number one.”

Martin Talbot, Official Charts Company, says: “We are delighted to be working with BBC Radio 2 to find the UK’s great ‘lost Number 1’. The list of singles which almost, but never quite, made the Number 1 spot is almost as impressive as those which did. Certainly, the ‘Official Number 2’ singles include some absolute corkers – including Hound Dog, Strawberry Fields, Lola, Masterblaster, Oliver’s Army, Wonderwall, and many others. I certainly know my favourites, but am looking forward to seeing what the great British public verdict is.

“To mark the 60th anniversary of the Official Singles Chart, we will even be breaking new ground and bestowing the ultimate accolade on the nation’s top choice – and crowning it as an honorary official Number 1. For the first time in history!”

The poll is supported by the Official Charts Company and OfficialCharts.com.

Squeeze have never had a Number 1 single in the UK – this is your chance to make a difference. Leave a comment here when you’ve voted! Thanks :)

3 Responses to "Vote for ‘Up the Junction’ to be an honourary No.1!"