Well, what a pleasant surprise! Glenn Tilbrook’s new album is for sale. I’ve just popped the CD in my PC and I’m typing this review as I listen for the first time. Glenn’s been promising an album of acoustic songs all of which are people’s names. This is nearly it. The opening lines of ‘Ray’, written by Glenn are:

“Stuffs his hands in his pockets and lets out a sigh,
He’s getting more brittle and he doesn’t know why.”

It’s a track which relies upon the repeated and emotional chorus of the pleading name ‘Ray’. Wonderful. Glenn’s on guitar, bass, iPad keys and atmospherics and there seems to be quite a lot of backwards sounds which add a slightly psychedelic air the the whole song. Next up is ‘Persephone’. I’m going to have to record it and then play the intro backwards to find out what’s going on there. It’s a song by Glenn and Chris Braide. It’s sounding great, although the one-line nature of the joke in Persephone has now disappeared. In the original song ‘Persephone’ borrows Glenn’s phone to ring home after losing her phone, her car keys and her short-term memory to speak to her mum and says “Hello mum, it’s Janet.” Maybe that’s what the backwards singing is all about? ‘Mud Island is track 3 and has a full string arrangement by Lucy Shaw with Kazoos and Sitar. It’s a great setting for a story about childhood. ‘Rupert’ is superbly recorded with Wesley Tilbrook as an introductory voice. Wait – I haven’t heard any drums at all yet. And there’s no electric guitar. This really is an acoustic album.

The mix is superb on this album – I’m scurrying to read the credits to find out who did it. Ah, it’s that great pair of ears Laurie Latham at Helicon Mountain. No wonder it sounds so unbelievably clear and balanced. It’s a beautiful sounding album.
‘Dennis’ is about Dennis Wilson of the Beach Boys and has some of the most unusual notes on the album.

Get a copy! Listen for yourself. It’s a great album. Curious, Inventive. Quirky. Melodic.
Life-affirming. 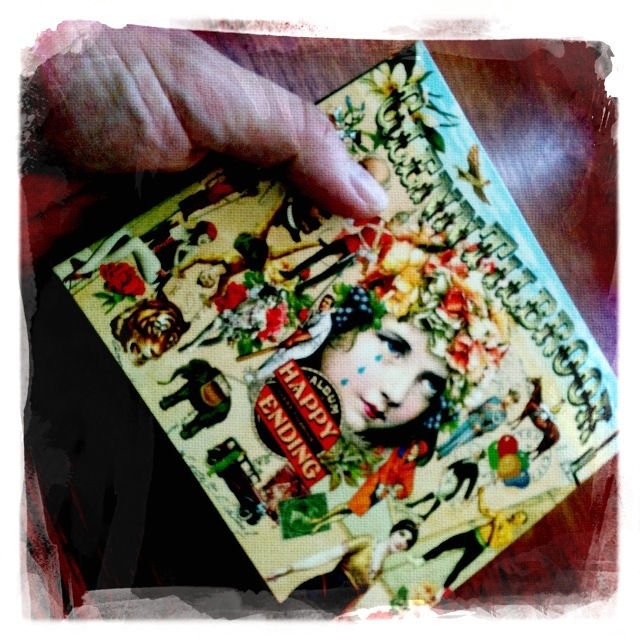 “So beautiful, funny and slightly apart,
A hint of the bonkers was there from the start.”