The UK pressed vinyl promotional single of No Place Like Home with The Fortnight Saga on the b-side. If you want a proper record which is made of vinyl, is hard-wearing and was pressed rather than injection moulded you have to get hold of this copy of the promotional record. A&M injection-moulded the commercial copies using cheap styrene. A&M at least had the sense to send out proper records for promotion purposes.

This was the second single from the album Cosi Fan Tutti Frutti, the first album the band produced after reforming. It was released in September 1985 and got to number 83 on the UK charts and was in the charts for just 2 weeks.

Here’s the advert for the single: 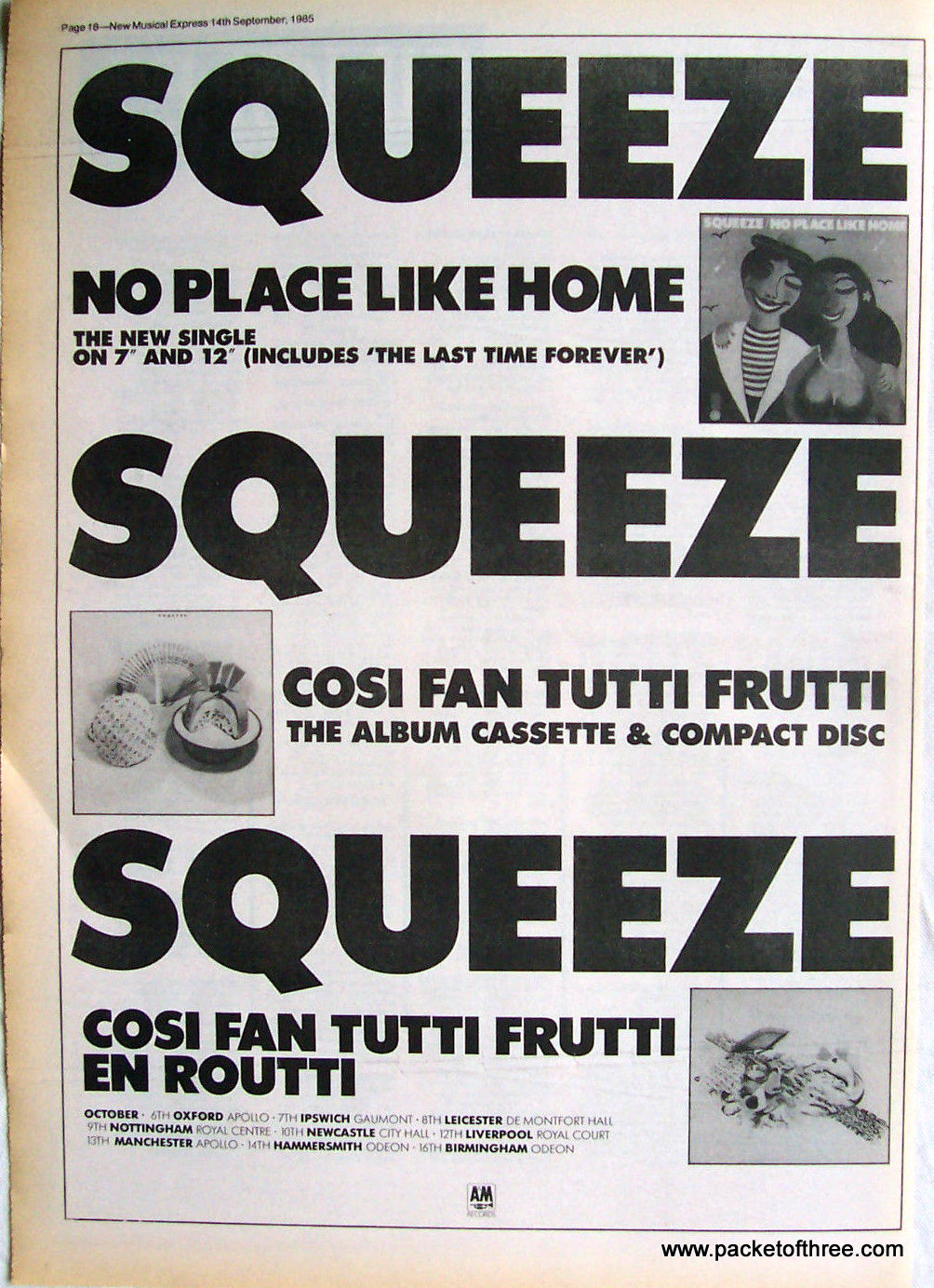 And here are the reviews: 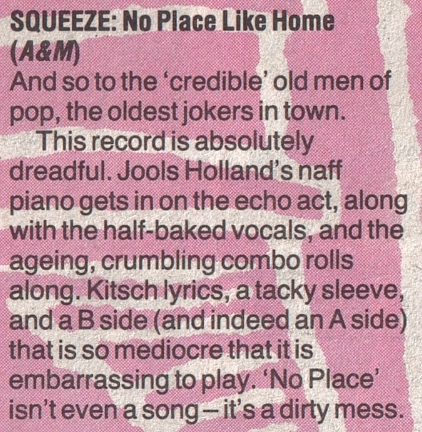 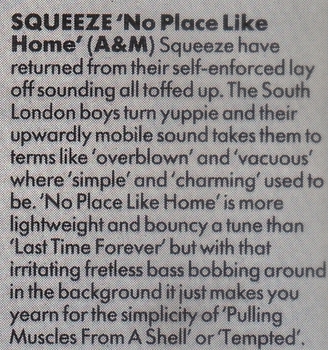 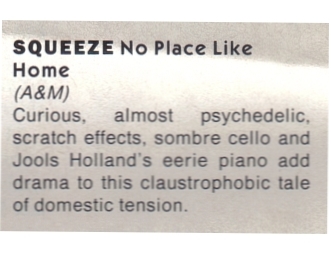