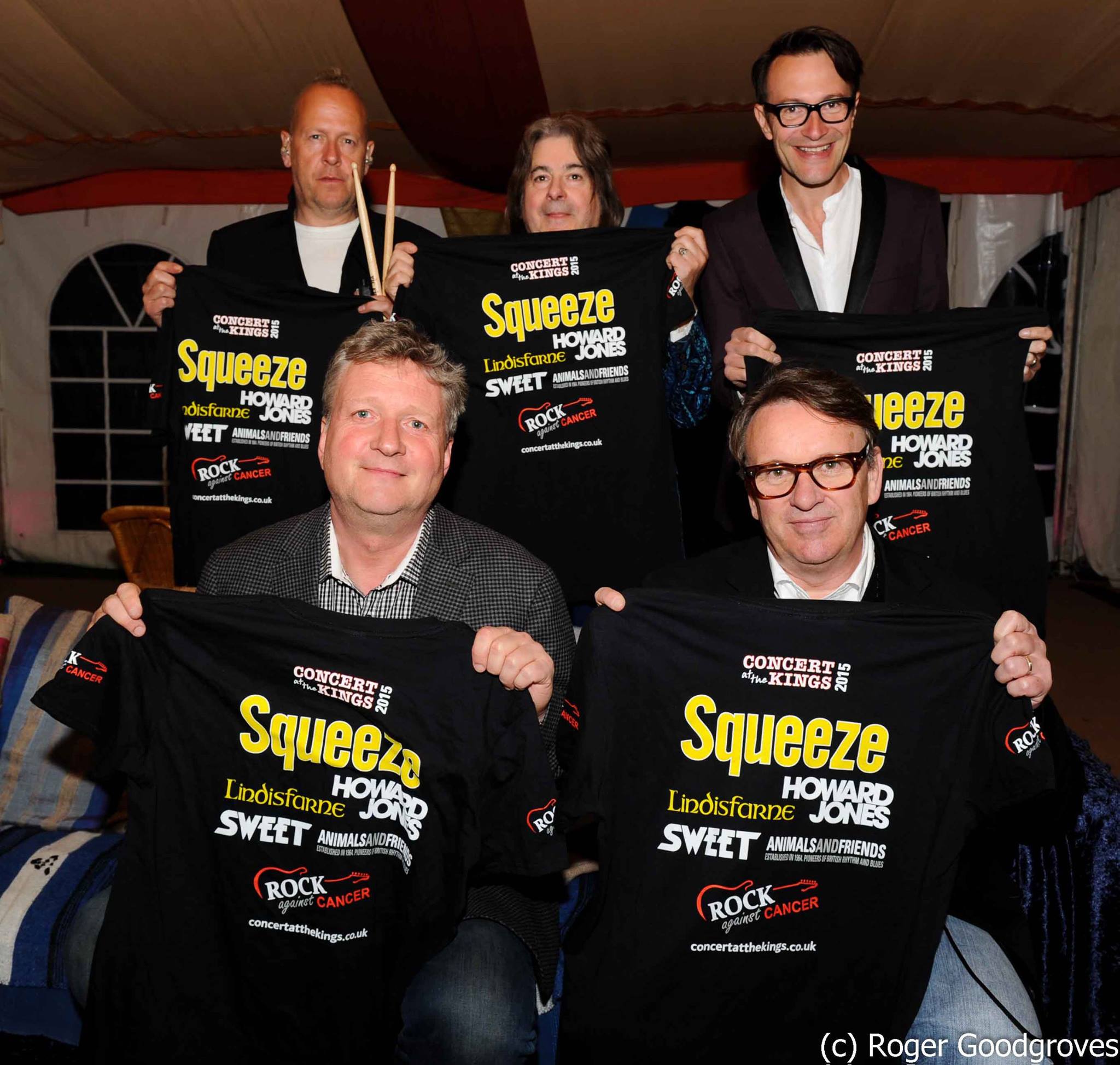 Squeeze will be playing in Devizes in Wiltshire on 30 May 2015 in a Rock Against Cancer charity concert in Concerts At The Kings.

Devizes is a stunning town I know well, with the original Wadworths Brewery with its horse-drawn dreys (Wadworth’s 6X is a great pint) and the Kennet and Avon canals with miles of great walking and canal boating (and cycling along the tow-paths).

The one-day Rock against Cancer concerts take place behind The Kings Arms in All Cannings. With your support, we’ve raised over £70,000 for charities since 2012’s first event.
2015 will see us supporting Cancer charities and once again, a portion of the money raised will go to funding projects within the Parish of All Cannings.

Devizes is a perfect centre for trips to Bath, Stonehenge, Avebury, Salisbury, Marlborough and Swindon.

Bath, Stonehenge, Avebury, Salisbury and Marlborough are all wonderful places. But Swindon? Really?

You might like this map of The Kings Arms. There’s a restaurant called The Hourglass and a pub called The Bridge. What sort of coincidence is that? Who fancies taking it to The Bridge and throwing it overboard with me?

“Cool for CATKs! We are very pleased to announce the fantastic Squeeze will be playing at Concert at the Kings 2015.
Fronted by Chris Difford and Glen Tilbrook, the Squeeze line-up is completed by Squeeze veteran John Bentley, Simon Hanson and Stephen Large.

It’s 1973 in South London. Teenage friends Chris Difford and Glenn Tilbrook form the band that will see them dubbed ‘The New Lennon and McCartney’. Over 35 years later, with their legacy intact and as vital as it has ever been, Squeeze are still touring and reminding fans worldwide just why they have left such an indelible impression on the UK’s music scene.

Songs poured out from South London: Tempted, Up The Junction, Pulling Mussels (From The Shell), Cool For Cats, Another Nail In My Heart, Black Coffee In Bed, Goodbye Girl, Labelled With Love, Take Me I’m Yours, Slap and Tickle. All classics and all with fond places in people’s hearts.

As befits one of the UK’s much-loved acts, there is no end of Squeeze fans currently wearing their influences firmly on their sleeve, whether it be Mark Ronson, Kasabian, Supergrass, Lily Allen, The Feeling or Razorlight. With their fingerprints keenly felt throughout the fabric of popular music, it is only right that these songs, with their evergreen and popular sound, continue to be played and enjoyed live. And so since 2007, a newly reformed Squeeze have been slowly finding time to play a series of gigs and festival dates, preferring to reaffirm their abilities as a band rather than follow some of their peers who have come out in a blaze of publicity, only to be met with disappointment.

The new Squeeze line-up, their most able yet, is completed by Squeeze veteran John Bentley, Tilbrook’s Fluffers cohort Simon Hanson and Steve Large, and has become an instant favourite on the festival circuit since reforming with appearances at V, Oxegen, T in the Park and Latitude.”