Here’s what the BBC has to say about the new BBC series featuring music from Squeeze – and Squeeze performing the title track:

“It’s 1974 and 15 year-old Danny is our guide through the ups and downs of life with the Baker family. With eldest daughter Sharon’s wedding looming and the docks facing closure, times are challenging. So too are Danny’s attempts to get closer to the opposite sex. Full of humour, warmth and drama Cradle To Grave is based on actual events and characters.
Dad Fred (Peter Kay) is known to all and sundry as Spud, a proud South London docker with a penchant for rackets, fiddles and schemes. His wife Bet (Lucy Speed) loves him deeply but longs for the day when they do quaint things – like put money in the electricity meter.

Then there’s Danny’s older brother Michael (Frankie Wilson), with his modish and much mocked head attire, and sister Sharon (Alice Sykes) who with her plimsole-wearing boyfriend is about to take Danny to the theatre for a West End experience he will never forget. Throw in a coveted item of clothing, a rogue tortoise and an early brush with death and it’s business as usual at 11 Debnams Rd. 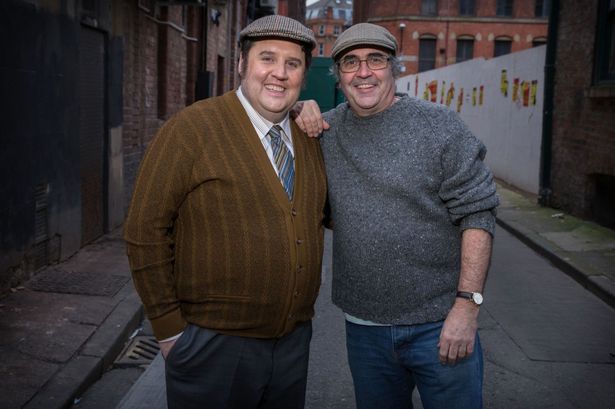 “Well this is weird and there’s no way around that,” said Danny Baker when his BBC2 comedy Cradle to Grave, based on his autobiography Going to Sea in a Sieve, was first announced. “To see your life played out by actors is always going to be peculiar.” No more so when it’s dyed-in-the-wool Boltonian Peter Kay playing the role of your south London docker father. Yet here we are, with the first trailer of Cradle to Grave, and Kay’s accent sounds reassuringly authentic.

Authentic too is the sepia-tinged tone here. Cradle to Grave tells the story of 17-year-old Baker’s south London upbringing in 1974 and, by the look of this trailer, certainly passes the 70s smell test. Mauve and orange colour schemes? Check. Floppy hairdos? Check. Baba O’Riley on the soundtrack? Check, check, check.” 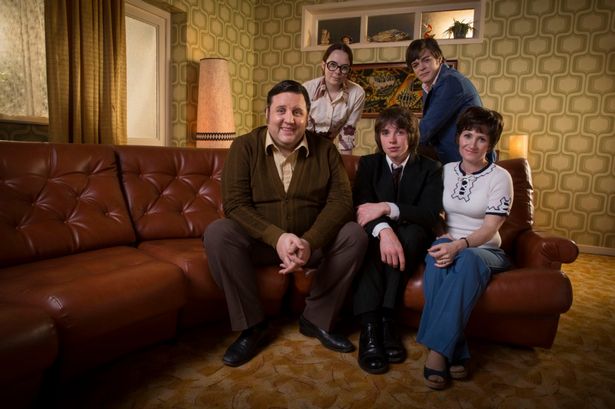 The Mail gave it a four star rating:

“This has been a marvellous week for Seventies schoolboy slang. On Bank Holiday Monday we had Lenny Henry’s memories of adolescence in Dudley, where everything good was bostin’.

Now, radio presenter Danny Baker’s autobiography, Going To Sea In A Sieve, about his upbringing in Bermondsey, South London, during the era of glam rock and powercuts, has been adapted as an eight-part series, Cradle To Grave (BBC2).

And that means we heard priceless lines such as: ‘You all look the same, you divaloes!’ and ‘Have you gone batchy?’ Is there any word in the inane, Americanised gangster slang of today’s youngsters that has half the venom of ‘divalo’?

Not the endless effing and mother-words, repeated so often that they become blandly meaningless.

Divalo was much more vicious than just ‘div’ or ‘divvy’, an underworld word for a halfwit, someone who isn’t all there (a divvy was a portion of stolen goods). A div was a wally, a pillock. But a divalo was a div crossed with a buffalo — a smelly, lumbering, stupid moo-cow. Divalo really hurt.

Batchy just meant mad. It had been around since the 1830s, when the case of Frederick Batty caused a public sensation — he was a barrister who lost his marbles and was confined to the asylum.

Nobody uses that language any more. It has been wiped out by the influx of fake Jamaican and rapper drivel. But Danny Baker remembers it, perhaps because he has been telling stories of his youth with such relish for decades.

They are good tales, it’s true. This script, though, sometimes made them feel too condensed and glib.

It is like a greatest hits album, crammed with bonus tracks: how his dad (‘Spud’) and his docker mates ran a sideline in liberated cargo that came literally off the back of a lorry; how Spud nearly electrocuted himself while fiddling the meter; how a mate fell through the floor of a squat and broke his neck.
That ‘greatest hits’ feel was emphasised by the soundtrack, a lovingly chosen back-catalogue of Jimi Hendrix, The Who and Atomic Rooster — with a real gem for the title track, a new song by Squeeze, who were touted long ago by Baker and his music journalist mates as ‘the next Beatles’.

Bolton comedian Peter Kay played Spud, with a valiant attempt at a South London accent that sounded like George Formby doing a Sid James impression. He looked the part, though, with his Brylcreemed hair and spatula side-burns.” 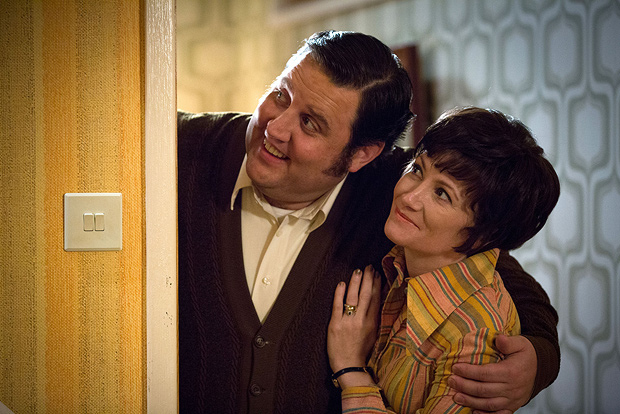 What do you think of the series so far?