The new Squeeze single ‘Innocence In Paradise’ got its first play on Jeremy Vine’s BBC Radio 2 show yesterday. It’s available to purchase now. The official single ‘impact date’ is October 13 2017 – which is when the album ‘ The Knowledge’ is released – and you can pre-order it now! 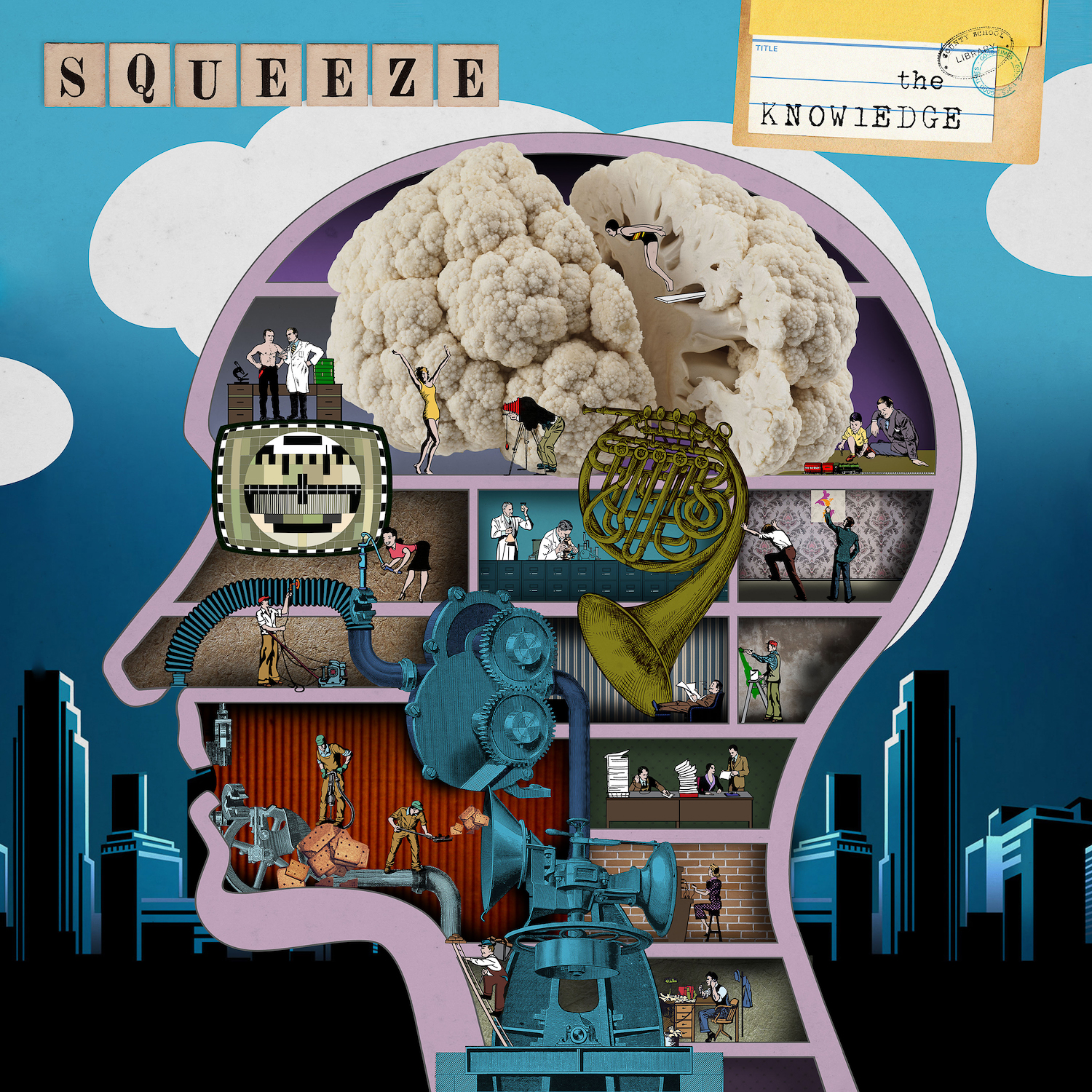 Here’s a pre-sale link for The Knowledge on mp3:

And here’s the glorious vinyl with full album artwork:

Here’s the press release with all the details:

Innocence In Paradise’, with its pedal steel and cinematic atmosphere evoking images of the mythical western, is the first single from Squeeze’s new album ‘The Knowledge’. Both reassuringly familiar and intriguingly different the single is a fine example of the partnership between Chris Difford and Glenn Tilbrook.

“I’m so proud of this song, its flowing different and yet familiar. I don’t think we have reached this kind of musical bonding in a very long time.” Chris Difford

Two years on from the critically acclaimed Top 20 success of ‘Cradle To The Grave’ (the band’s first set of new songs this century), ‘The Knowledge’ offers up another dozen examples of high quality Chris Difford & Glenn Tilbrook song craft, and is the perfect curtain-raiser for a massive UK tour.

Very much part of the fabric of South London, their hometown heritage, such an integral part of the group’s DNA since seventies hits like ‘Up The Junction’, ‘Cool For Cats’ and ‘Slap And Tickle’, flows through the album as resolutely as the mighty majestic Thames. Greenwich’s own Maryon Wilson Park is name-checked in the chorus of the softly shuffling ‘Patchouli’, while ‘Every Story’ is a heartfelt poem to the people and places that shaped their upbringing – “You can do much worse than being here,” sings Glenn with masterful understatement.

Speaking about the record Glenn says “It is such a pleasure to say that in 2017 we have delivered our best ever record.” Chris recently observed “playing back the album I can feel the love we still have as songwriters, and for each other. It’s been some journey, and I hope it goes on for many years to come.”

Produced by Tilbrook, Andrew Jones and Laurie Latham, ‘The Knowledge’ was recorded at 45 RPM Studios in Charlton, and finds Glenn and Chris once again in the company of drummer Simon Hanson and keyboard wizard Stephen Large, plus a couple of new faces; Yolanda Charles on bass and Steve Smith on percussion.

Yolanda, tells us “I’m so excited to be invited to play with Squeeze. The guys were a pleasure to record the new album with and I know playing the live shows will be a fantastic experience.”

Steve, has previously supported Glenn on tour and has a deep personal connection with the band’s music, saying “I don’t know how many musicians get the chance of a lifetime to join the very first band that they ever went to see in concert.”
‘The Knowledge’ tracklisting:

After their resurgence in 2015 with UK Top 20 and critically acclaimed album Cradle To The Grave, the first Squeeze album of new songs since 1998, Squeeze went on to play the Pyramid Stage at Glastonbury in 2016, solidifying themselves as one of the UK’s best live acts. The Guardian said their performance “[went] down a storm… Squeeze’s success is a pretty infectious thing” and Acoustic magazine concluded that “they don’t have the bombastic hype of headliners Coldplay, but they have the songcraft and lyrical majesty to leave the headliners in the dust which they duly did.”

Squeeze first formed in 1973, shortly after Chris and Glenn had begun their songwriting partnership, brought together by an ad in a sweetshop window. By 1977 they had made their recording debut and enjoyed a string of hits which lasted until 1982, the maturity of their songs outliving their initial burst of chart activity on the back of New Wave. Over the years there have been solo careers and occasional separations, but the Ivor Novello Award-winning duo reunited ten years ago to relaunch Squeeze and have been touring, writing and recording together since.

Okay, what do you think of the single?