It was early in the morning you were laying on the floor
The person that I love most dearly
Our baby wasn’t meant to come for six weeks more
But the best laid plans can go wrong clearly
I called the ambulance and offered you some tea, you laughed
I’m trying to pack your bag and proving that I’m not the better half

What you wanted was what I’d withheld for so long
You supported me when my heart was broken
Our differences resolved but something may be wrong
But the fear that haunts us is unspoken
Between the two of us we can appraise the facts and decide
Was I a tower of strength or tagging along for the ride?

We’ve had the best of times 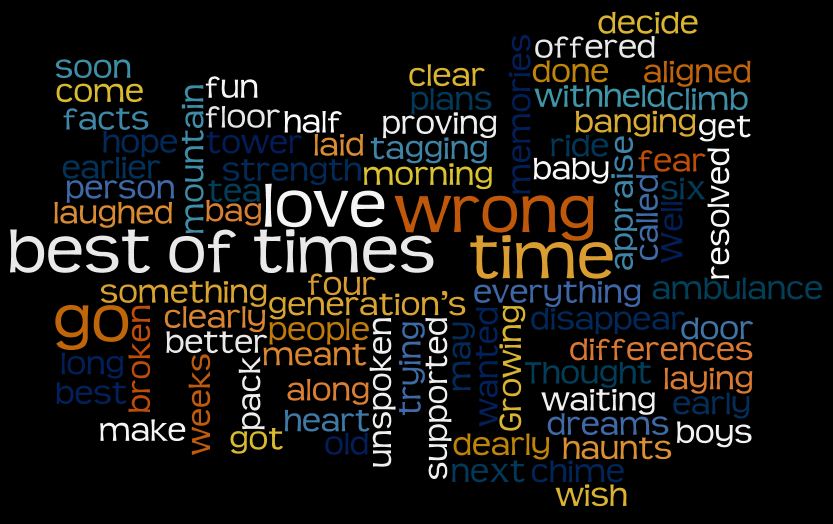 3 Responses to "Best of Times"