NOW AVAILABLE!! 50-track, 4-CD album covering the first four Squeeze records – “Squeeze,” “Cool For Cats,” “Argybargy,” and “East Side Story” – in their entirety and in their original track sequence. Features many of your favorite artists from previous Burning Sky Records releases, as well as some great new discoveries. This is Burning Sky Record’s most ambitious album yet, as well as a darned good listen.
Cheers, and happy listening!
Alan Heaton and Steve Turnidge, Burning Sky Records

The 4CD set is a lavish affair, with an outsized card case containing the four impeccably designed sleeves and a comprehensive booklet. But what’s it like to listen to? Well, every compilation has outstanding tracks and this is no exception. It starts exceptionally well, with great harmony vocals on a storming version of [[Sex Master]] and then gets slightly surreal with Keshco’s version of [[Bang Bang]]. The pronounced Eastern sound of Take Me I’m Yours is balanced well by the vocal storytelling.
[[Remember What]] by Amelia Ray is my personal favourite on the First LP, with an insistent bassline taking the song well away from its roots and into a completely different territory. It’s a fine, fine cover version and I’ll be interested to hear her other work.

On Cool For Cats, Black Sugar Transmission’s version of [[Slap and Tickle]] is a classic with fantastic character vocals and a driving beat and class guitar playing. It manages to achieve the transition to different moods perfectly. It’s a stunner. Another favourite is Touching Me Touching You by Sweet Diss and the Comebacks who manage to make a Squeeze song sound like Fountains of Wayne. [[The Knack]] by Mike Dees manages to achieve a real grandeur that some of the other tracks never reach. You believe he was there and saw what he did as he inhabits the song for you, making it his own. Full marks to Mike Dees too for being brave enough to cover [[Hard to Find]]. My personal favourite is the *bonus* track of [[Cool For Cats]] which appears twice on the CD – no-one could possibly have left Out of the Blue’s version of [[Cool For Cats]] off the CD – there’s so much quirky humour in it. I’ll definitely be looking out for them.

Argy Bargy is a classy affair with all the subtlety of the originals presented in new frames. The piano intro on [[Another Nail In My Heart]] is heart-meltingly tender and the beat of [[I Think I’m Go Go]] by Trees is entertainingly different. A definite improvement on the original is [[Wrong Side of the Moon]] by Stone Foundation where a brass section reminds you that Squeeze should really have done something with brass instruments in a big way – especially with Jools Holland in the band.

East Side Story is in many fan’s opinions their best early album – so how will a group of relatively unknown artists manage covering such a fistful of chords? The Brigadier does a brilliant version of [[There’s No Tomorrow]] which is perfectly constructed and engineered. Love it! The outstanding track of the album is, however, Black Turtle Dove’s cover of [[Messed Around]]. You can almost see them kiss as they sing it to one another. Beautiful. So there it is – my impression of The Songs of Squeeze Revisited. Marvelous – well done chaps and chapesses!

So is it worth it? Four CDs, 50 tracks, faithful covers and quirky homages – the answer is yes!

Those lovely people at Burning Sky Records have kindly given me a perfect shrink wrapped 4CD set to give away in a competition – so here’s the question – good luck!

COMPETITION – to win a copy of If I… If I… If I… The Songs of Squeeze Revisited
Competition closed!

Deadline: 15 August 2011 – Winner will be chosen at random – let’s have your entries then! 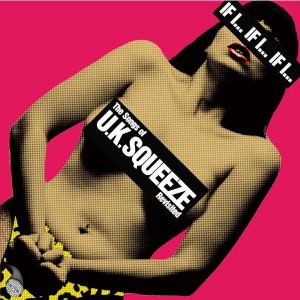 One Response to "Competition – Win The Songs of Squeeze Revisited"