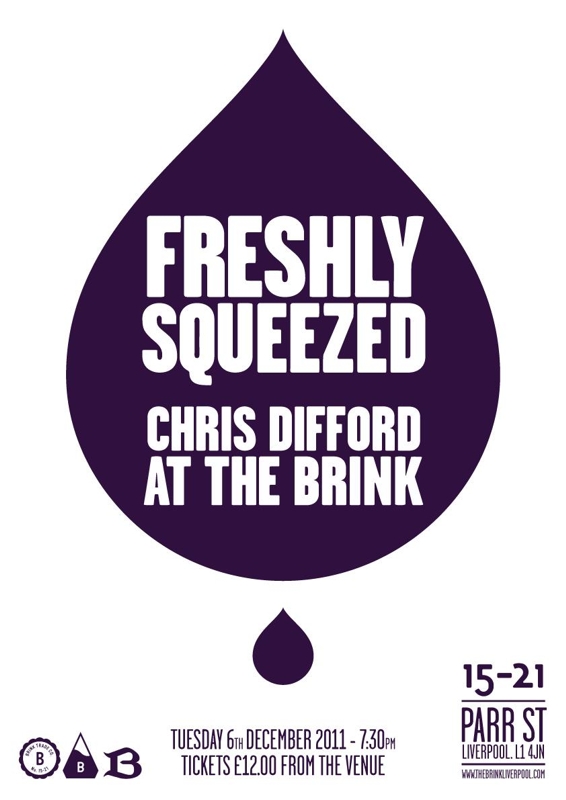 The double Ivor Novello winning, walking enigma that is Chris Difford, one half of the inimitable and timeless Squeeze: with his sometimes bewildering kitchen sink lyrics and urban folk stories, Difford has brought us characters and sketches from every day life, turning that mundane into the beautiful, the urbane into the exquisite, for over 30 years.

With his partner, collaborator, friend and Squeeze co-founder Glenn Tilbrook, Chris has written some of the most enduring and best-loved songs of our time. Up The Junction, Cool For Cats and Labeled With Love, to name but a few, all have their well earned places on recurrent play, in radio stations across the world. And Squeeze now enjoy a new generation of fans, with celebrity admirers such as Lily Allen and Mark Ronson, Amy Winehouse and The Feeling.

Difford has released 3 critically acclaimed solo albums, toured relentlessly both inside and outside of Squeeze, and as one of the country’s most respected songwriters has co-written with a host of musicians and performers that reads as a veritable who’s who of the industry. One of his most recent co-writes appears on the best selling Ollie Murs album, proving Difford’s classic yet still contemporary touch. And he is increasingly in demand, with several more interesting collaborations in the works – the most anticipated of these of course being the new Squeeze album that he and Tilbrook are rumored to be writing.

Difford is well known within the industry for his twice-yearly songwriting retreats, which do exactly what they say on the tin. He recently curated the fascinating Songs In The Key Of London concert which saw a host of thirty or more performers including Suggs, Phil Daniels, Glenn Tilbrook, Elvis Costello, Chas Smash gather together at the Barbican to perform songs by Londoners about London. He also hosted a serious of school visit inner-city writers workshop across 4 weeks as part of a Arts Council initiative.

He actively supports the work of The Brink and this concert in Liverpool will support the development of this amazing recovery social enterprise.

Still busy after all these years, Difford is loving it.

Come and join him.

TICKETS; £12 each. Available from the Brink