The first new Squeeze recordings for 15 years are released today on a four-track EP called Packet of Four available free in a triple CD package at the Pop Up Shop at the end of the new tour concerts. 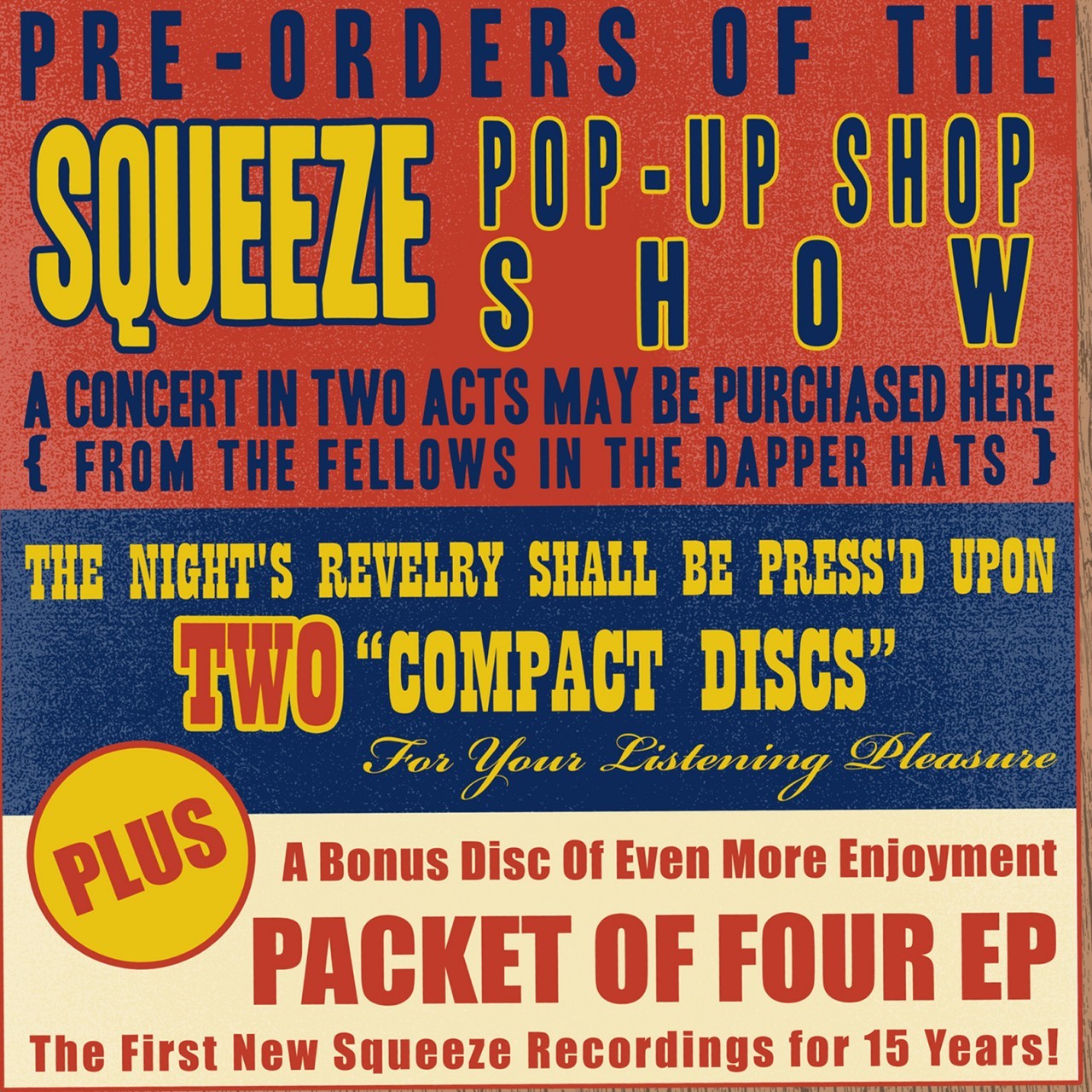 Here’s what the Pop Up Shop says about it:

Just because we can –

And because all the equipment arrived in time –

In preparation for the Pop Up Shop 2012 Tour, Squeeze played a secret show to a few 100 lucky locals in the Pelton Arms pub.

You can order it before its even been performed –

Here’s your chance to pre-order a copy of the GUILDFORD show on November 16th.

CDs 1 & 2 – the live performance in 2 halves, tracklisting unknown because it hasn’t taken place yet.

CD 3 – The Packet Of 4 EP – 4 brand new recordings fresh from the oven, which may or may not appear on the new album next year. So get ‘em while they’re hot.

Pre-order now and it will be in the post the morning after the show.

Pre-order for those not going is recommended as quantities on the night will vary from show to show and we cannot guarantee availability. 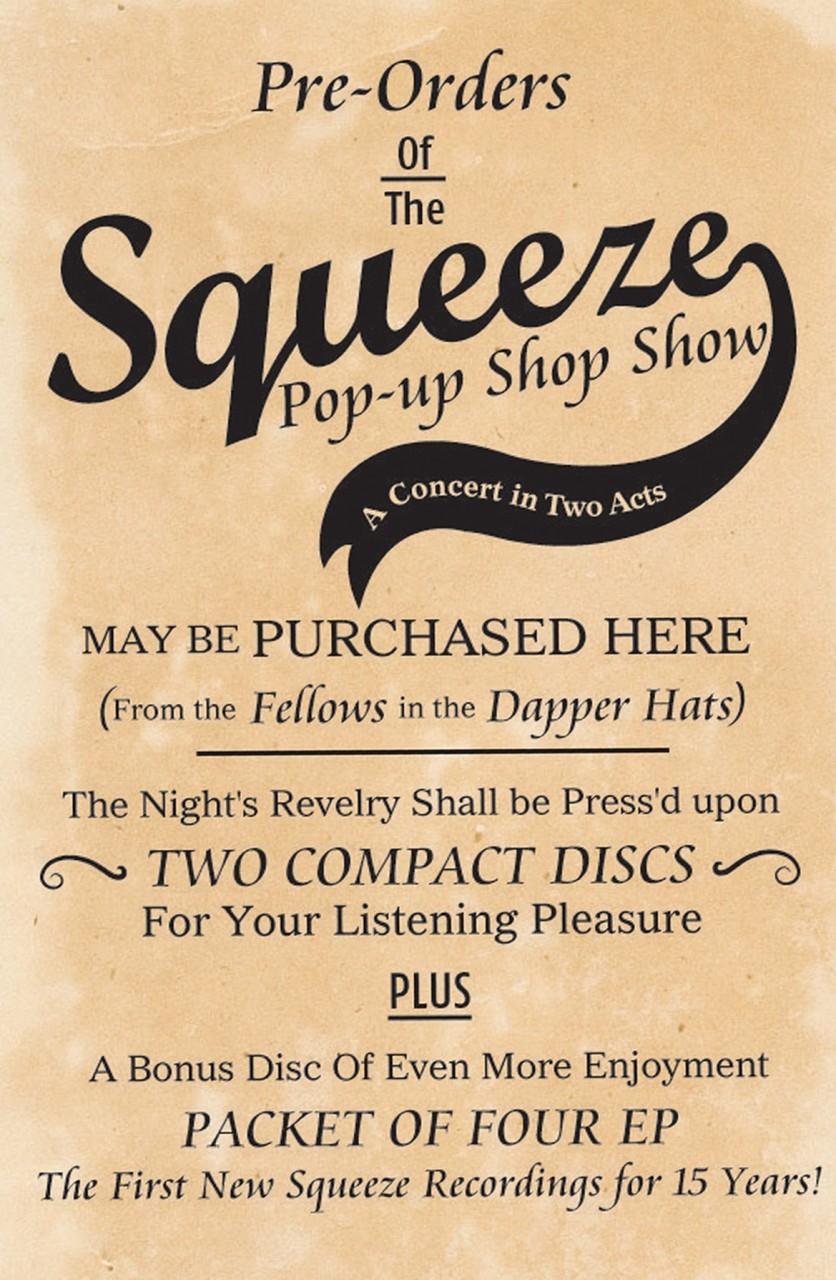 8 Responses to "And the title of the new Squeeze 4-track EP is… Packet of Four!"