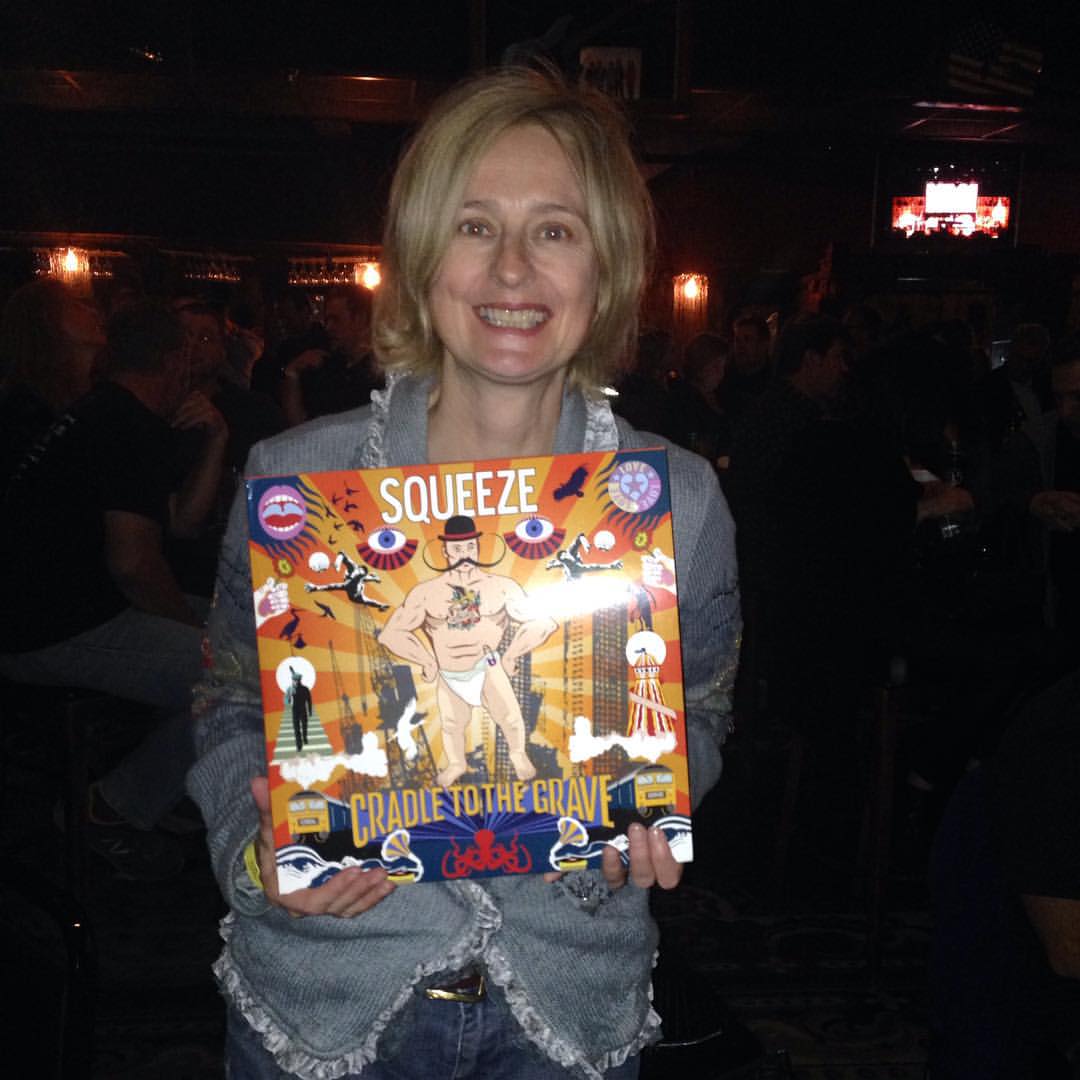 Julia Fordham: “The songs on the new Squeeze album are as fantastic as the cover. Chris Difford and Glenn Tilbrook were as brilliant as ever at The Canyon Club.”

“San Diego is further than you think, or i think, its about London to Birmingham in real money and so i set off in the car at an easy pace, then it rained. Cats and dogs. The show was really good the crowd were happy bunnies and it seemed full, a night that passed mostly without much to report. I felt less relaxed than usual but i could not understand why. I mulled it over on the road home, which was long….the road was closed, I’m a magnet for traffic, an hour in stop start, got back to the hotel arrived back at my hotel at 2am. Sizzled. Racheal from Rocket is here with me and it was good to get to know her and talk about the plans for next year, she is focused and like a Jack Russell always on the finer points, always looking for the light. Thank you. Meanwhile the weather is more like England than California, its cold in the wind and I’m not really prepared for this as i might be. We are heading North soon, so a shop for a good coat is on the cards, maybe some boots too! Tomorrow is a day off except with a TV show bolted on somewhere in the middle, i can’t say which one until February when it goes live on air. Back at the hotel i stagger through the pool area with my bags back to my room, and there i see the boss on the wall all flying high like he did on those days, we all did. He is a huge inspiration to me, I’m here, where i need to be for one night only.”