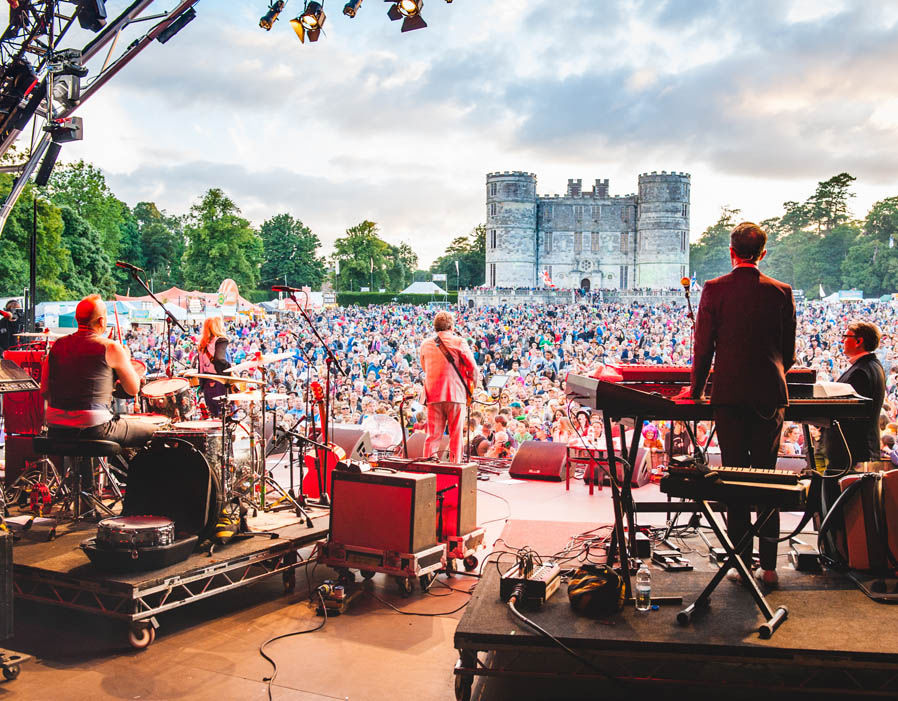 “COOL cats will be Tempted to get Camp Bestival tickets after they ‘heard a rumour’ about two star acts on the bill. It promises not to be a Cruel Summer this year with 80s legends Banarama and Squeeze gracing the festival stage. This year is the ninth Camp Bestival and it will have an outer space theme. But you won’t need to go all the way to Venus to see them- they’ll be joining other super acts Jess Glynne and Fatboy Slim at Lulworth Castle between July 28-31. Event organiser and founder Rob da Bank said: “Camp Bestival is such a tricky show to book because every age under the sun is there and I am trying to tick all of the boxes. “I have never liked to boast too much, but I think we do set the benchmark for a family festival. “It is really crucial that everyone is catered for and I am really pleased with how it has come together this year.” Fatboy Slim and chart-topping Londoner Jess Glynne were announced as headliners for the event back in December. After a meteoric rise to fame in 2015, Glynne became only the second female solo artist to have five number one singles in the UK, after Cheryl Fernandez-Versini achieved the feat in 2014. Fatboy Slim, meanwhile, was responsible for some of the biggest club tracks of the 90s and early noughties, including Right Here Right Now and Weapon of Choice. Following the recent death of musical icon David Bowie, Rob himself will team up with Lizzie Ball and the Classical Kicks Orchestra for a tribute. “He was literally in my top three musical heroes,” said Rob. “Obviously, there is a massive hole left in our musical lives, so we thought we would do something.” Camp Bestival is the family-friendly sister event of Bestival, which is held annually on the Isle of Wight. Alongside A-list musical acts, the festival features family performances from the likes of CBeebies star Mr Tumble and CBBC mainstays Dick and Dom. Weekend tickets for Camp Bestival are on sale now and demand is always high, with the last seven festivals completely selling out. Rob said: “I know it is a big undertaking to bring your whole family to a festival, but give it a try.” Tickets for Camp Bestival are available via the Ticketline on 0844 888 4410.”

Squeeze on why they can’t wait to return to Dorset for Camp Bestival
http://www.bournemouthecho.co.uk/news/14638797.Squeeze_on_why_they_can___t_wait_to_return_to_Dorset_for_Camp_Bestival/

THE word ‘legend’ seems to be endemic in the music industry these days.

But there are some people who quite rightly fit onto this perfectly minute and exclusive pedestal and Chris Difford of Squeeze is one of them.

This is the band that brought us the catchy, clever and almost poetic kitchen sink lyrics of radio mainstays Cool for Cats and Up the Junction.

If you attended any party or social function in the 1980s, chances are you’d hear the whip-smart, urgent lyrics of Squeeze whilst sipping your Cinzano and Babycham.

As a teenager, South Londoner Chris formed the band with his mate Glenn Tilbrook in 1973.

The comedy is based on Danny Baker’s autobiography Going to Sea in a Sieve, about growing up in South London.

He said: “First of all, going into the studio to work on such a great project was always going to be a wonderful thing, having grown up with Danny Baker and his life, it was easy to write music for it.

“I felt privileged to be involved. We were back with Universal Records and back on the frontline so to speak. It was a lot of fun.”

The band, also consisting of Glenn, Simon Hanson, Stephen Large and Lucy Shaw, is still feeling the buzz from performing at Glastonbury, Chris says, having performed on the Pyramid Stage.

“If I can use the word spiritual I would describe it as that. I don’t use the word lightly. It was an amazing time and I felt really lifted by it.

“The love that seemed to come from the festival was huge. There were hundreds of thousands of people milling around.

“It was very overwhelming. Cool for Cats went down really well. Sometimes it just goes down and you don’t feel it but this time we did.”

Chris said he watched some of the other acts and although he is not a fan of Coldplay’s music, he was impressed by their headlining performance on the Sunday night.

“Although I could have been sitting there wishing Squeeze were as big as that, we’re not that kind of personality as a band.

“Coldplay have the ability to embrace a larger audience and there are only a few bands that can do that – whether you like their music or not isn’t the point. Squeeze could never do that. We have a threshold we work to that’s comfortable.”

As a lyricist Chris is well known for singing about everyday mundanity with songs peppered with slang and working class humour.

Chris said: “I think myself, Elvis Costello and Ian Dury from that era have been writing what you think of as domestic lyrics and have opened up that door for the Arctic Monkeys, Alex Turner and Lily Allen, when she’s on her game and not dabbling in R’n’B, has done some really good lyrics.”

He said: “I tell people to come with a sharpened pencil and I have to be completely honest with people.

“I tell them this is one of the hardest industries to get into – it used to be a lot easier, but now people just come and go so readily from music because people like to stream music, which takes the value out of songwriting.”

Having been in the industry for so long and writing songs for 45 years, Chris says there is no secret to his longevity.

“I keep going because I don’t know what else I would do,

Chris performed at the Purbeck Valley Folk Festival last year and says he is really looking forward to a return trip to Dorset for Camp Bestival next weekend.

“I know Lulworth and I really enjoyed the folk festival. When I turned up I was probably a bit of a grumpy old man but I cheered up because the audience was so good, I loved it.

“That part of the world has got a real sense of freedom about it.”

Chris is hoping that the band’s festival bookings will introduce them to new fans.

“Festivals are great because you’ve got people coming to see all sorts of different acts and you manage to pick up a few stragglers who get into different bands.

“I really treasure the thought that there are people who do that, they spend their money to come and see us. I think of them as part of the family.”

And speaking of family, having been the mainstays of an ever-changing Squeeze line-up over the years, do Chris and Glenn ever squabble?

“We respect each other really well. I think that’s why we get on so well after all this time.”

And as for the band as a whole, the renaissance of Squeeze continues.

Chris tells me: “We’re off to America for a month and next year we’re going to write a new album.

“We’re off to the races again and we’re going to do another lap!”

n Squeeze will perform at Camp Bestival which takes place at Lulworth Castle from July 28 to 31.