I’m excited to know that the three solo Chris Difford albums are going to appear on vinyl together in a great box set. There’s also an Amazon exclusive set which includes a limited edition print signed by Chris. Order it here. It’s out on 1 December 2017. Ideal for the festive season :)

If you haven’t heard Chris’s solo albums they are a treat, with his trademark humorous lyrics oozing with pathos and some nifty tunes. There’s ‘I Didn’t Get Where I Am’ from 2002, ‘The Last Temptation of Chris’ from 2008 and ‘Cashmere if You Can’ from 2011′. They are ripe for rediscovery – and what better way than an Amazon Exclusive Box Set With Print. 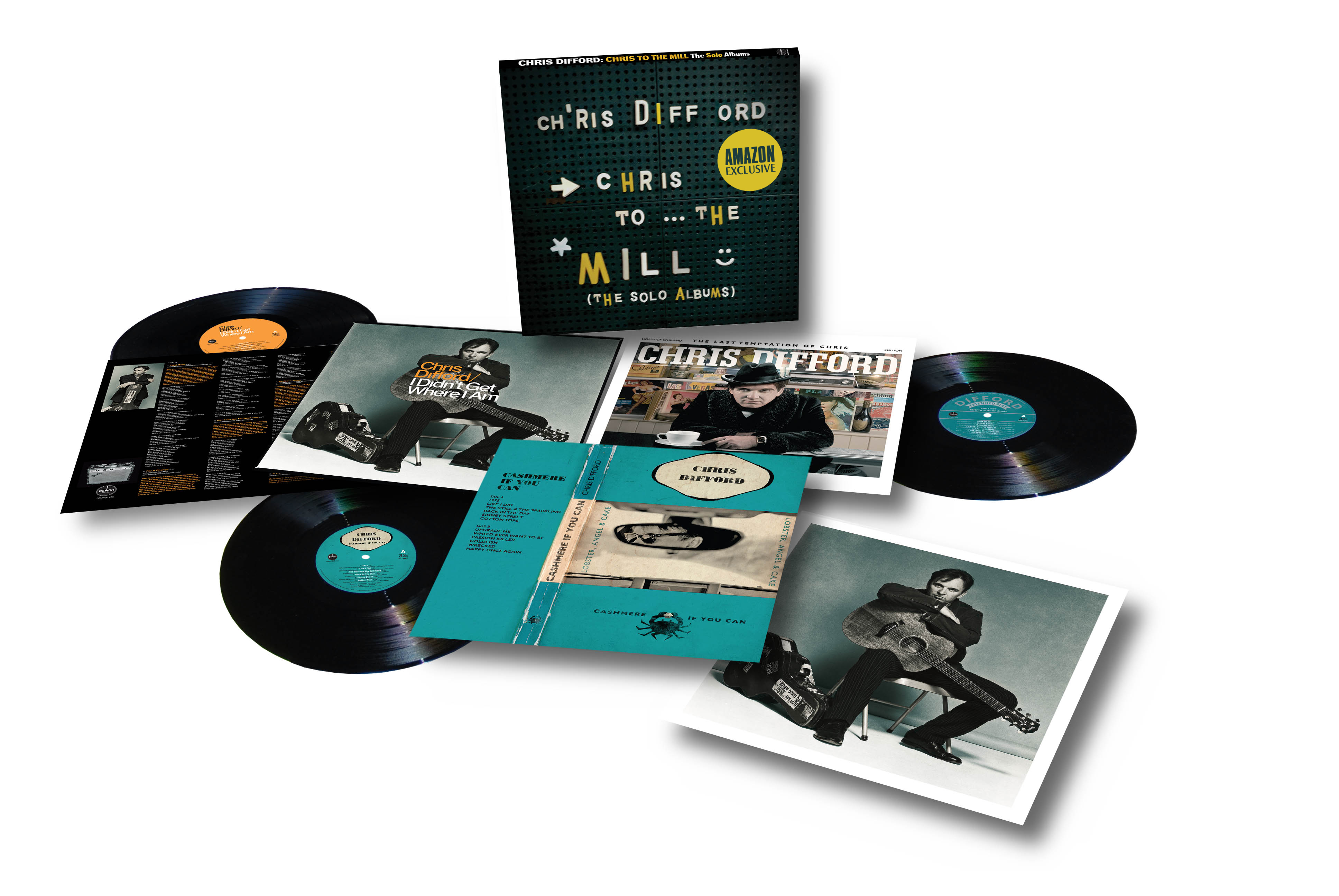 Here’s the description:
“This Exclusive Edition will contain a print signed by Chris Difford himself and limited to 500 copies. Chris Difford’s place in the pantheon of great English songwriters is assured – surely nearly everyone can sing along to at least one Squeeze song. So in anticipation of the new Squeeze album “The Knowledge” (and extensive UK and US tours this autumn), and following Chris’s autobiography and demos album as well as Edsel’s CD box set of Difford’s three solo albums [I DIDN’T GET WHERE I AM (2002), THE LAST TEMPTATION OF CHRIS (2008) and CASHMERE IF YOU CAN (2011)], we now present all three albums on vinyl, with outer and inner sleeves, gathered together in a handsome rigid slipcase. Of these only the first album has appeared briefly on LP before – “The Last Temptation…” and “Cashmere…” make their vinyl debuts. The inner sleeves feature all the album lyrics, track-by-track sleevenotes and brand new notes by Chris about the writing and recording of each album.”

You can get the normal vinyl version here. And there’s still the five disc box with 4CDs and a DVD with booklet and extra tracks available here.

Don’t miss out – the Amazon exclusive is limited to only 500 copies.

One Response to "An Amazon exclusive of Chris Difford’s three album ‘Chris to the Mill’ box set – on vinyl!"